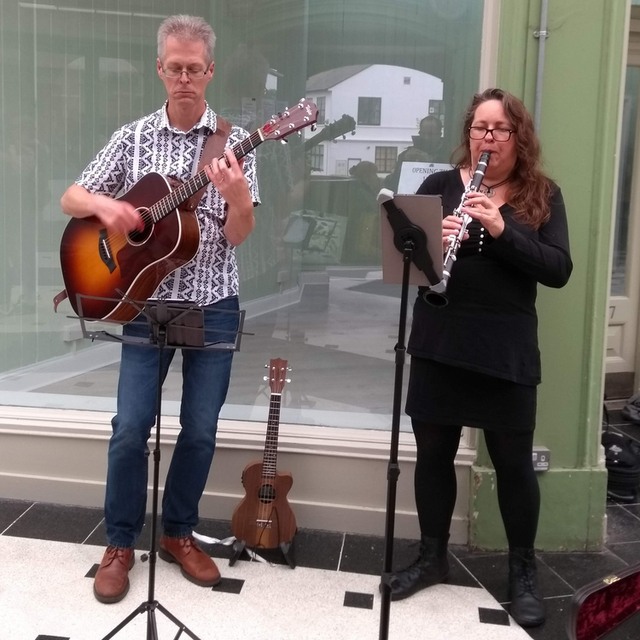 Amateur guitarist. Been playing for many years, but not much in bands. I'm better at rhythm than lead and can sing a bit. Into rock and blues, but would like to try some more adventurous arrangements.

I have done a few gigs (including Balstock) as half of Swing 47 playing old jazz and swing with a clarinettist.

I have written a load of songs and my debut album is on Bandcamp (as steevcmusic).

Based in Arlesey and lack time to travel far. I run a pub acoustic session that is on hold during lockdown.

Recently starting trying to play drums, but got a long way to go with that. I have an issue with one hand that means I struggle to play long sets.

I'm on various social sites as steevc, so look me up there to contact. Or as steevc on .

Led Zeppelin, Radiohead, Pink Floyd, Eels and loads of others.

Weekly session at the White Horse in Arlesey. We just play for fun. There's also a monthly open mic. Next date to be announced soon

An informal meet up to talk and play guitars. We plan to meet every two weeks. Currently using my home, but we may need another venue as the group grows. This is for anyone interested in guitar. We won't be doing much teaching for beginners at these sessions, but can probably arrange something if you need it.

Free-form song circle at the White Horse in Arlesey. All welcome