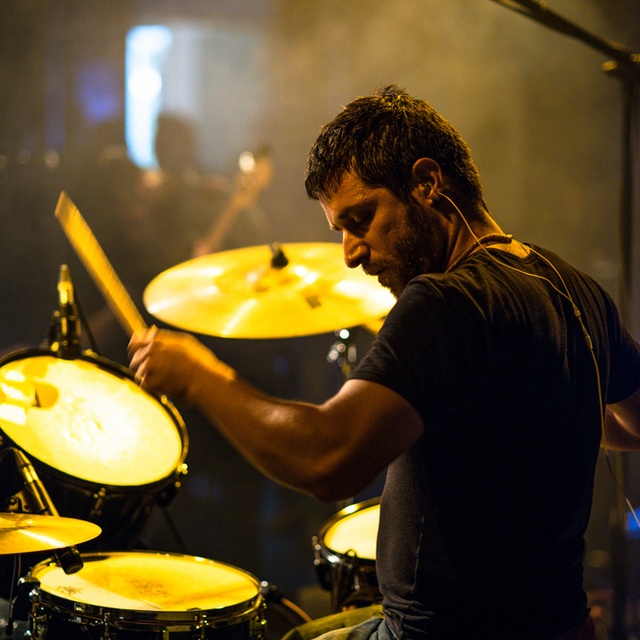 I am a drummer and drum tutor with many years of performing, recording and teaching experience. My work as a musician has taken me to many places around the globe including Chile, Germany, the USA, the UK and the Netherlands.

Throughout my musical career I have performed at international festivals, concert venues, radio and TV stations such as Love Box Festival, The O2 in Greenwich, Kerrang! Radio and MTV. As a drummer I have performed among others for for Gabrielle Aplin (Number 2 UK Album Charts, May 2013), Aggro Santos (Number 5 in the UK Charts, May 2010), Tinashé (his debut album “Saved” was released by Universal Island) and for different artists of Gary Powell’s label 25 Hour Convenience Store. I am a SONOR, ROLAND, VATER and REMO endorsee.

"I loved watching Michael play in his videos. When I see a drummer play, I get a deeper understanding of where he or she is coming from. Body language reveals a lot. I think Michael is a hard hitting, very heartfelt, funky rock and roll drummer. His playing seems very honest to me, which is what I care about most in a musician. Michael knows who he is, as a drummer."
- Andy Newmark (world renowned drummer that has played for Sly & The Family Stone, David Bowie, John Lennon, Roxy Music and Pink Floyd among others)

"Michael Benöhr is a talented musician able to adapt to many styles of music. His feel for grooves and technical approach to playing is a pleasure to &#8232;watch and listen to."
- Gary Powell (drummer of The Libertines)

For more information and to check out my drum videos and music please visit my website:

I am a Sonor drums, Roland drums, Vater sticks and Remo drumheads endorsee.