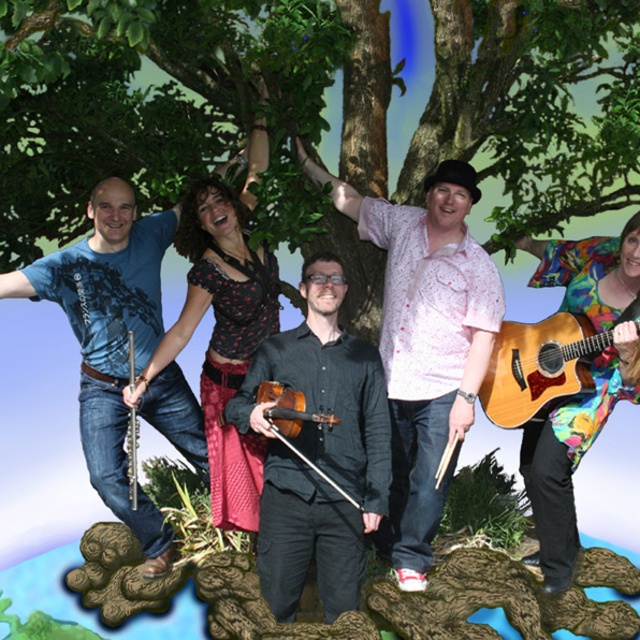 Kindred Spirit are a five-piece band headed by singer / songwriter / guitarist Elaine Samuels. The band, are renowned for their powerful, original, contemporary folk / rock numbers, often mystical in nature; like Green Man and Morrigan as well as stunning takes on some classic tracks including Eagles, Kinks, Pink Floyd, Rolling Stones, Corrs and Fleetwood Mac numbers. The stunning nature of the treatment of these tracks is due to the hauntingly beautiful and deeply emotional voice of Elaine enhanced by wonderful flute / sax playing of Catherine Dimmock in combination with the electrifying electric violin playing of Gavin Jones. The lead players are famous for their thrilling live, duelling breaks.
We perform loads of live gigs and have played at Glastonbury, Guildford Folk and Blues Festivals, the Cavern, the Marquee as well as on television and radio. To see where we are currently gigging, you need to visit the band's main web site, at www.elainesamuels.co.uk