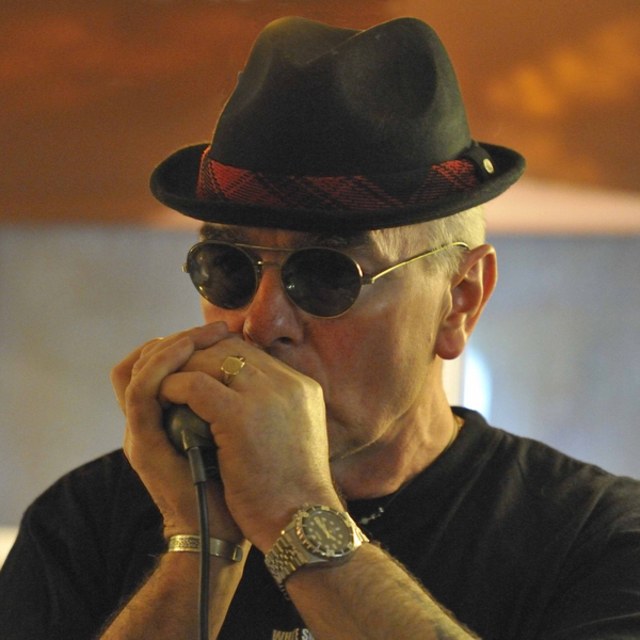 Blues Harmonica Player primarily, rhythm guitarist, occasional vocalist. Playing harmonica since age 8. Vocalist for "Burnt Offering" 1969. Took up guitar in 1982, finger picker. Joined my friend Paul Spencer and his band Sheltered Existance in 1994 playing the odd number which led to us forming an acoustic duo with harp numbers 1995. Numerous harmonica jams all over the world, North America, Spain, too many to mention. 1996 solo guitar and harp, Leopard, Doncaster. Rubbed shoulders with Billy Boy Miskimmin from 9 Below Zero. Concentrated on studio recording for many years before moving to the Borders. Joined the Old Buzzard Blues Band in 2011 after a "sound check" which is on YouTube and for a couple of years as harp player and occasional vocalist. Lots of different harp styles were learned, vintage mics and custom amp purchased from U.S.A. Recently jammed with Frank Usher ex Marillion and "Still Whisky"