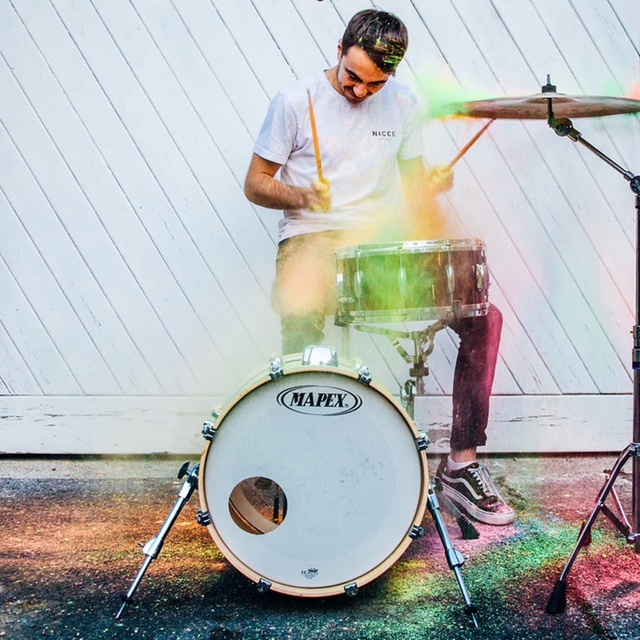 Tim Graham is a talented up and coming session drummer who is gaining a wide reputation for his ability to combine professionalism with technical expertise. His musical tastes include: Pop, rock, Indie pop, Jazz fusion, progressive rock, gospel, R&B/soul, and Contemporary Christian music. Tim is adept in providing a firm and engaging musical foundation by his sense of dynamics, versatility and his creative ability to blend live drums with samples and loops.

Tim is also experienced in providing musical accompaniment on keys, synths and backing vocals contributing to the musician he is today.

Hear what others think about Tim:

Tim Graham is an exceptionally dedicated performer. Versatile across a breadth of musical genres, Tim’s sensitivity, creativity and execution greatly enhance each ensemble he plays with. Additionally, he always comes prepared and on time which when combined with his obvious musical skills make him one of my favourite drummers to have running loops and playing with me. I strongly recommend Tim as a drummer, musical director and educator.

I recently booked Tim Graham for a gig. He nailed it. Impeccable groove. Stylistically savvy. Tonefully-tuned kit (with electronic creativity). Great listener-finds the right space in the songs. Best of all, he’s a good bloke- won’t let you down. So... book Tim now.

Tim is a prestigious and versatile drummer that I’ve had the privilege of working with over many years in a variety of setting. He has a very musical ear, being a multi-instrumentalist, and is one of the most sensitive drummers I’ve worked with in a professional setting. He is proficient and accurate at learning material, both by ear and by reading, and also an excellent improviser who is very responsive to other musicians around him. Basically, if you’re looking for a drummer look no further! This man will not let you down!

Tim Graham is a solid, reliable drummer and all round excellent musician. Never has he turned up to a rehearsal unprepared, so you can rely that he will learn parts and have the songs down. He can also contribute creatively and originally, being able to improvise and fit in perfectly with the rest of the musicians. Tim has fantastic tone and knows what equipment and gear will suit the gig. Proficient at utilising contemporary music technology such as Logic and Ableton, running clicks, tracks and using SPDX, but can also can rock up and play old school jazz vibes with minimal or little set up. As a bass player, Tim makes me sound so much better and I cannot recommend him enough!

I have worked with Tim for over 3 years performing for various events including Tim drumming for and producing my own music. Tim is an exceptional drummer and multi instrumentalist with great sensitivity to the genre and style of music. Tim is a very hard worker who strives for excellence in his performance and practice. Having Tim play with me has not only been a huge asset but also been very fun, exciting and an honour!

Tim is the all-round musician. He is fluid and dynamic in his playing, and his wide ranging musicianship is evident in his arrangements and sensitivity. I have experienced his excellence both in set arrangements and in improvisation, in small and large settings. He is supremely creative, hard working and a pleasure to be around. If you’re looking for a drummer, I highly recommend him.

I am a singer/songwriter travelling from the US, and hired Tim to play drums in my first show in the UK, and was blown away! I'm very particular about how my songs are played, but the level of familiarity and attention to detail he had walking into the first rehearsal was so far beyond what I'm used to that I didn't even need to ask for any changes. The show went great and made me feel like my songs had been presented at the highest quality possible. Highly recommended to anyone needing a drummer!