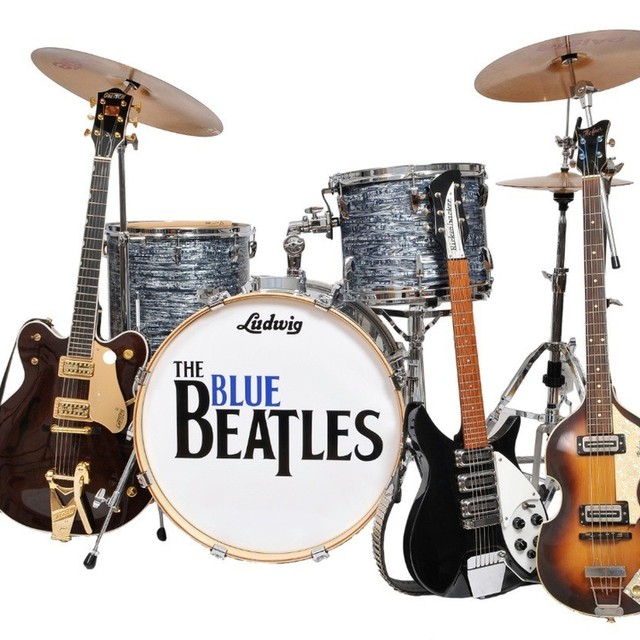 The Blue Beatles Band has been playing for over twenty years and is one of the UK's leading live Beatles tribute and covers bands.

Like any good tribute and covers band, their repertoire takes in all of the great up-tempo Rock'n'Roll tunes from the first Beatles album, Please Please Me, right up to the last famous live performance of Get Back on the rooftop of Apple's Saville Row studios, as shown in their last film and album, Let It Be. For outdoor concerts and festivals, they have also been known to get everyone singing along to slower favourites such as Hey Jude and All You Need Is Love.

With their close harmony singing and authentic replica Beatles guitars, amps and drums, The Blue Beatles Tribute Band and Duo capture the iconic sound of the Sixties. People in the audience have often said that if they close their eyes, it's easy to imagine you're listening to the real thing!

The Blue Beatles can perform either as a four-piece tribute band or as a duo.

In addition to playing and singing in the best traditions of 1960's beat music, the members of The Blue Beatles Tribute Band dress in full costume and provide an excellent sound and light show, including a "Beatlemania" nostalgic film show to support their act.