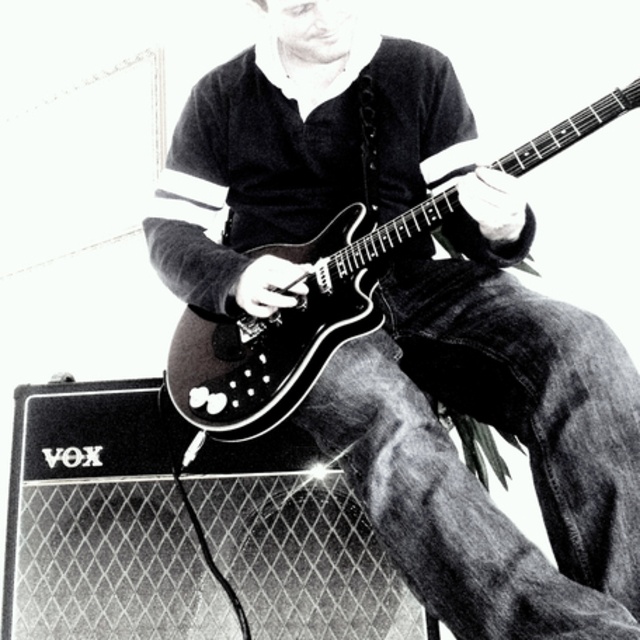 I am a lead guitarist/ singer currently writing and producing original material for sh!ts and giggles and have had a life long passion for music.

I am a pretty average yet competent player, writer annnnnnnnnnnd recording engineer on Cubase, with examples on line from my other 2 piece band 'Warn the People' on Soundcloud.

I like a good riff, plenty of depth and textures across the stereo and I'm seeking a powerhouse of a drummer with a bit of Bonham about them and a bass player to complement. I sing with a bit of gravel and wail out a scream now and again!! Basically classic rock style....

I am looking for a local drummer and bassist to write, jam and eventually gig with. Original material with a good dose of classic rock covers. If anything just a good ol Jam to start, I do not take myself seriously like those 'listen to my art types' I don't over rate myself, I'm loud, fun and like a beer in the process so anyone with access to somewhere amps can be cranked.. all the better. I am a tube amp fanatic AC30's mainly and they only sound good full up - I do have some smaller amps for practice level though. I have fallen in love with the acoustic too recently and a lot of my writing incorporates both acoustic and electric guitar.

Please only rockers get in touch, I had a try out with a very strange funk band once and full up Vox AC30s weren't the sound they were looking for! \m/(><)\m/ Email me: stevie_mayniac@