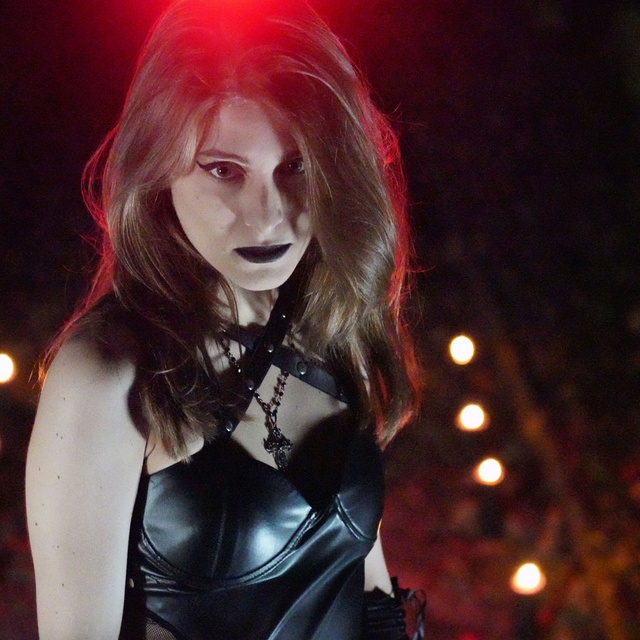 A graduate from Conservatorio di Musica San Pietro a Majella di Napoli, an accomplished music producer, video director, composer, lyricist, multi-faceted musician and truly exceptional vocalist.
Eleven years of experience as a singer, Opera trained and a multi- instrumentalist player.
I have performed as a Lyric Soprano in Italy , collaborating with the artist Enzo Avitabile, and as a chorister with many choirs, such as the Yong Choir of San Carlo Theater, Mysterium Vocis Choir and San Petro a Majella Choir.
As a lead singer, guitarist and keyboard player in the last three years , performing in London venues my own repertoire. I have written, composed and produced two albums which have received very positIve reviews from the press and radio stations.
I have acquired experience also in other fields such as audio mixing and audio recording, music production and I am extremely precise and demanding with myself.

“All that I need”EP (Gothic Empire Records,2019) produced, written and performed by Stella Wembley has been released on the 21 st October 2019 on the digital platforms . Physcial copies have been released in February 2020. (Worldwide Distribution:Resurrection Records via PHD, Audioglobe, M&A ).
“All That I Need” Official Music Video, directed by Stella Wembley, has been released the 12th November 2019 and it is on the artist’s youtube channel.
The last single "Images of Death" has been released on the social platforms the 15th September 2020 and as physical copy in October 2020.
The Official Video for "Images of Death" will be released in November 2020.

I have been performing as Stella Wembley since September 2018 in London , Uk , in many clubs and venues , such as: The Dublin Castle, The Water Rats, The Hope and Anchor, Old Street Records, Paper Dress Vintage, Stag's Head, The Unicorn.. I have been advertising and promoting the gigs on the social platforms, building a a fan base which is constantly growing . I have a professional website where I showcase the best performances and post the news about touring, new releases and collaborations. I have sold physical copies of my EP "All That I Need" ( Gothic Empire Records, Resurrection Records) which has been played on many online radio stations . The Ep received many positive reviews by djs and journalists (Ryan Martin ofor Jammerzine Magazine, Darren The Baron and Nick Court for Revolution Radio Online, Kurt Ingels for Dark Entries, Judy Lyon for Torched Magazine..).
The Official Music Video for " All That I Need" is very popular and successful on my Youtube channel and establishes my credential as a visionary artist. The most recent single "Images of Death", which has been released as a physical copy .
I have written, composed and produced the music. I was responsible also for the the graphic and photogrphy. The single has received very positive reviews by djs and journalists.

November 2019 to Current
Gothic Empire Records London, Uk
CEO
I am the owner and respopnsible for the Artist Development of the record label "Gothic Empire Records", which has two albums released under his name at the moment.I have acquired management skills and wordpress skills. I have created two website , one for the artist and another one for the label. Some of the skills I have developed including, but not limited to:
Digital marketing and SEO
Theme and plugin installation
Artist Mangement and Socia media promotion
Selling and Upselling strategies
Physical music distribution
Digital music distribution
Creating the design for the Artists' websites and for the record label website
Implementing marketing strategies to grow the Artist's fan base.

"Stella's new single, Images of Death, reaffirms our belief that the dark-goth artist is destined to be a star of the near-future." Darren the Baron, Revolution Radio Online. "I love the keyboard loop that begins the song and plays (with only slight variation) throughout, grabbing your attention from the first beat but also serving to drive the song forward with urgency. A synth-exposition of low notes and carefully crafted heart-beat like notes that mimic electrocardiogram pulses"
Darren The Baron, revolution Radio Online.
"Music for a gothic, nightly cabaret, sensually dark and again bluesy and smoky. (...) For this EP, this lady created her own Gothic Empire label, who knows what we can expect on it in the (near) future?" - Kurt Ingels, Dark Entries.

The final exhamination consisted of a vocal performance of 4 Songs of Amaranta for vocal and piano (1907) , by Francesco Paolo Tosti.
My dissertation examined the four songs and the life of the composer, also considering the connection with the Italian Poet Gabriele D'Annunzio.