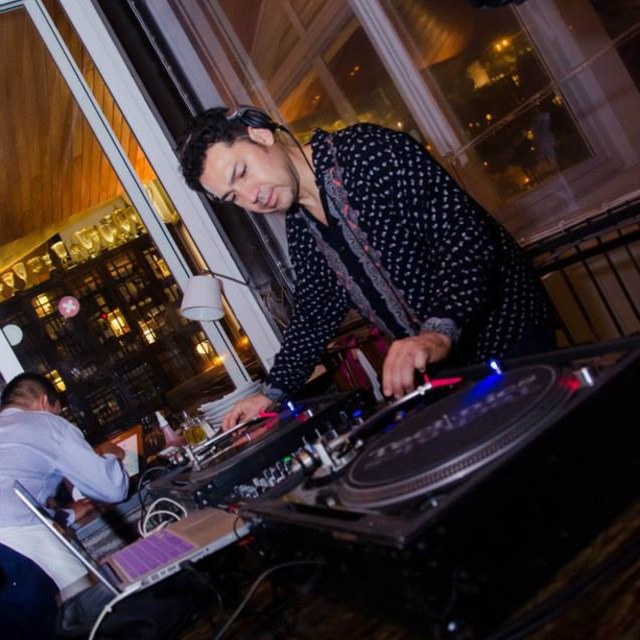 Rulo Fuentes has over twenty years experience in creating a harmonious atmosphere for your event or ceremony be it a wedding, a gourmet restaurant, corporate event or fashion show. He has played in Ibiza, Chile. Peru and of course, London. His in-depth knowledge as a sound engineer also means that he is a trustworthy and professional technician. Music genres include but are not limited to World Music, Chill-Out, Jazz, Balearic, Disco, Funk and House.

Hailing from the North of Chile, he grew up strongly influenced by the combination of Latin-American culture and the rebellious times against a dictatorship where he sought access to the European and North American underground in the 80s and 90s.
He kept the House music scene alive in the North of Chile and travelled to neighbouring regions in support of an emerging appreciation for electronic music. Parallel to this, he also established himself as a specialist in World Music through residencies in high-end restaurants.
Today he is based in London sharing his musical experience and widening his music collection.
Since his arrival to London earlier this year he has been invited to play as resident at Winyl, a vinyl-only wine bar based at Street Feast, a monthly residency at BFI as well as an invitation to play on Hoxton Radio and Love Vinyl.

Please get in touch for bookings.

Availability during weekdays and weekends.