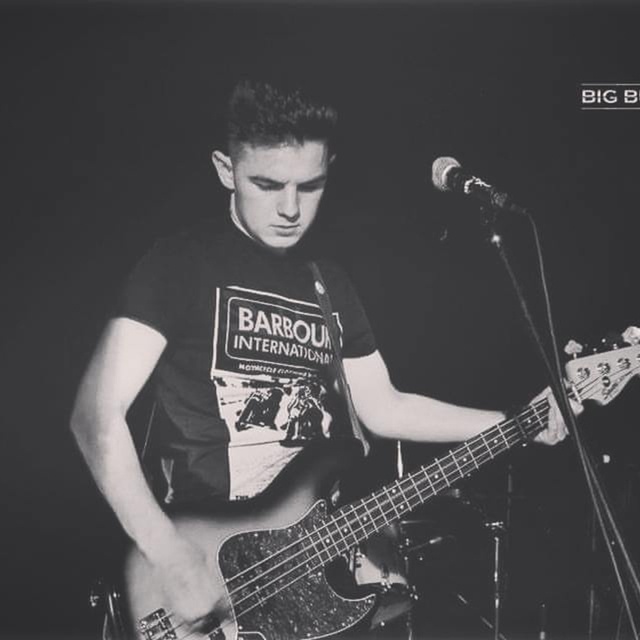 Bass player from Coventry, based in London. 21.

Big gig experience includes supports for bands such as The Enemy, The Sherlocks, Lawson.

Some great venues that I have played at include the LG Arena, Coventry Empire, Leamington Assembly, Dublin Castle, various O2 Academies. I've been lucky and hard-working enough to have played at festivals such as the Isle of Wight Festival ('14, '15, '16), Wychwood Festival, Godiva Festival (past 4 years). I am very comfortable in a live environment, with a solid stage presence. I must of played in excess of 400 gigs since The Commonjets started aged 12/13!

I have also recorded at numerous studios so I am comfortable in that environment. The best studio I've recorded in has to be the Chairworks up near Leeds, with Stephen Whitfield who engineered and produced The Cure! My knowledge of live sound, recording and music technology is solid as I have an A-Level in the subject and have decent home recording equipment.

My work with SLATER and also The Commonjets is all over the web, , Twitter, Soundcloud, iTunes, Spotify, so if you want to have a look feel free!

More modern bands and artists such as The Strokes, Foals, John Mayer etc also influence me.