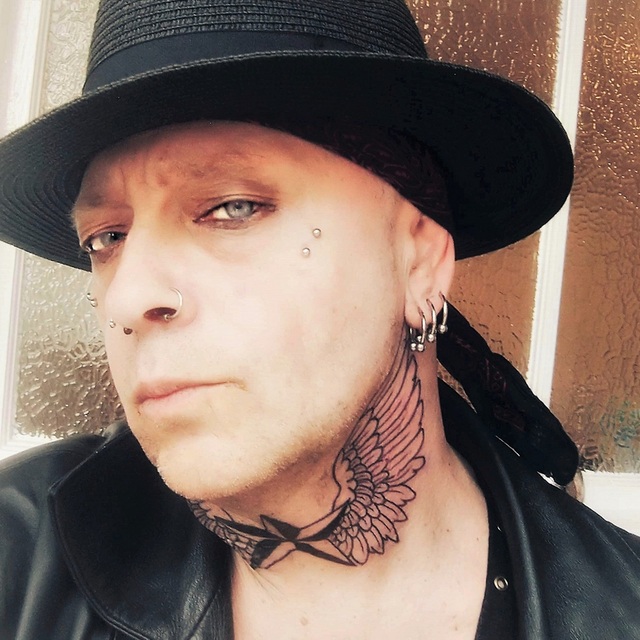 I'm currently a self contained Video creator and Musician guitarist/singer/songwriter with an ever growing home studio both for recording and video work. I have around 20+ years band experience in various gigging bands Mainly as a bassist, but I switched back to guitar ( my original instrument) full time and began doing vocals too some years ago when I started my current and ongoing musical project Renegade Nation. I need a female co-singer to join me on vocals ,I'm a big fan of tandem male/female vocals Nightwish, Visions of Atlantis etc. plus a bassist and a drummer first and foremost, and I also want to add keyboards as I use a lot of samples in the studio songs.. All my social media platforms including Youtube, page, Reverbnation, Soundcloud are called Renegade Nation U.K. and will tell you all you need to know, Feel free to message via any of those
if you can help me push this to the next level.

I'm influenced by wide range of music from the 60s,70s and 80s to the current day: Including the original 80s Goth scene, The Levellers, The Doors, David Bowie, Blue Oyster Cult, The Cramps, New Model Army, The Stranglers, Queen, Cheap Trick, Alice Cooper and many more. Lately I've been enjoying a lot of Symphonic Metal like Visions of Atlantis, Amberian Dawn, Nightwish etc. But I AM a big believer in mixed genre and miss the era when artists like Queen, Led Zeppelin, David Bowie would release diverse albums mixing and mashing up multiple styles yet still putting their own stamp on it...This is what I'm aiming for... I am looking for a variety of musicians both male and female who are first and foremost creatively motivated to join me in my project and bring to fruition a great live show. I have over the years built up a considerable amount of gear. So can supply. I currently play live as a Vocalist/guitarist using no backing tracks but instead mimicking a band sound using a Beat buddy drum pedal ( my drummer) and Octaver (my Bassist, yes there is a way of doing this with just one guitar.) However I do prefer when I am occasionally joined by various real drummers and Bassists as it's much more fun and delivers a better gig all round. ( I can also chill a bit and just play without constantly pedal dancing which I have to do in my solo sets as well as sing and play)

I currently own everything required to run a Guitar based Rock band, Including a 24 track recording studio, A decent sized good quality Peavey PA and Mixer with good quality speakers and monitors. which easily does your regular venues clubs Music Pubs (provided you don't expect to play Wembley Arena) and full bass gear+ Bass (choice of 2 amps) Spare guitar set up + several spare guitars,and about 6 different guitar amps Mainly Laneys and Peaveys and a recently added Roland Electronic drum kit. All I'm missing is keyboards which will be addressed soon.