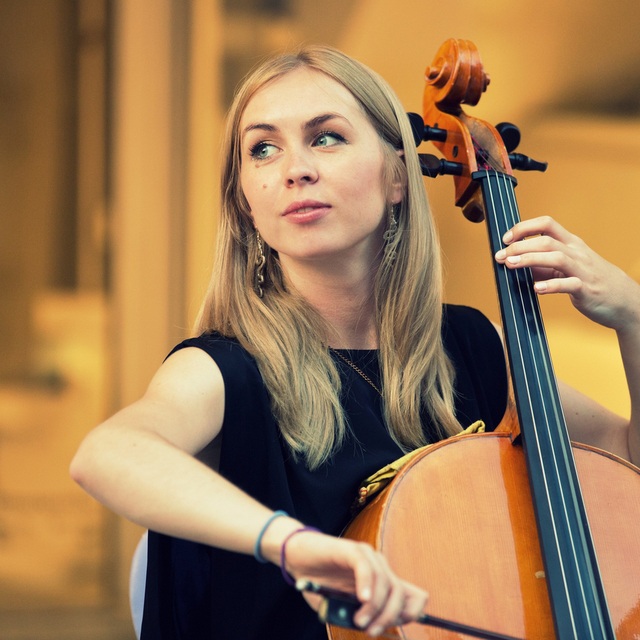 Paulina enjoys a busy freelance career as a solo, chamber and orchestral musician. Her solo performances include recitals at The Royal Festival Hall in London, Ko?ln Castle in Germany, Tata Castle in Hungary and many other prestigious venues across the UK. An active chamber musician, Paulina has performed at the Wigmore Hall, the Royal Festival Hall and Milton Court in London, The Munich Rathaus, Tata Castle in Hungary, the British Film Institute, Oxford University and elsewhere throughout Europe.

In the field of orchestra, Paulina has worked with a number of great conductors including Valery Gergiev and the London Symphony Orchestra, Sir Simon Rattle, Gianandrea Noseda and John Rutter. She now plays as co - principal of Berliner Symphoniker with conductor Lior Shambadal, principal of the London Arte Chamber Orchestra, London Metropolitan Orchestra, the Light of Music Symphony Orchestra, London Soloists, Orpheus Sinfonia and Melos Sinfonia in performances throughout the UK, Europe and Asia.

As a session cellist Paulina is in high demand for recordings, film and TV work - most recently for Hans Zimmer, BBC, Disney, Promax, the British Film Institute, Burberry. She has also made a number of studio recordings for Pulse Films, Microsoft, Spitfire Audio sampling library, Sainsbury’s, Carling and Sorapol Fashion label. In October this year Paulina’s cello solo recordings have been debuted in German cinemas with the film “Phantomschmerz” recorded in Munich.

Paulina is also a keen composer. Her debut performance took place in London, 2017 where three of her compositions were performed by a chamber orchestra with Paulina’s solo, formed especially for the Scordatura Concert Series. In 2015 she won a songwriting competition at SoundShoots and collaborated with producer Refracture, followed by a release of the winning composition through his label, Perfecto Records. She has written alongside producer Guy Chambers with whom she performed her compositions solo with orchestra on a number of occasions at his monthly music shows in London.