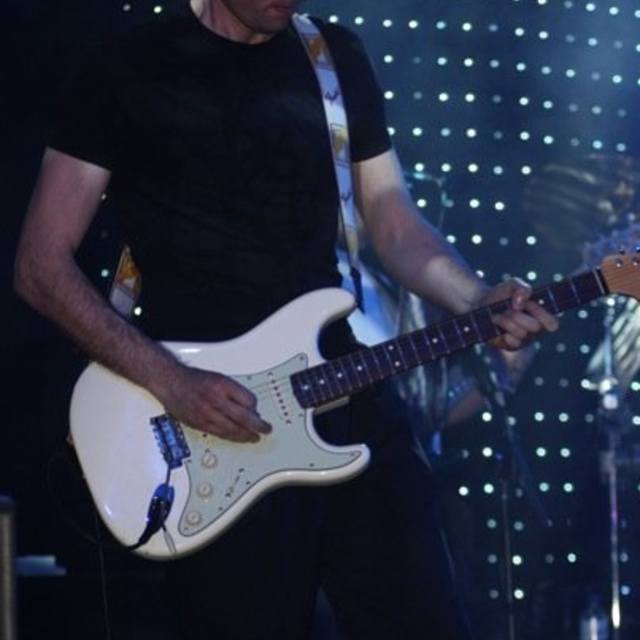 I started playing playing guitar in the 90’s in Pubs and Clubs (in my first 3 years I played over 150 gigs). For the last 20 years in I’ve played mainly Covers and Tribute Bands. The material I’ve covered in Wedding/Function Bands is mainly classic Soul, Disco, Rock and Pop from the 1950’s to the present. I’m not a Speed Player i.e. Eddie Van Halen, Richie Blackmore, Steve Morse, Guthrie Govan or even Phil Hilbourne (all fabulous players,). I’m more Nile Rodgers, Steve Cropper, Buddy Guy, Chuck Berry, Keith Richards, George Harrison and Noel Gallagher.
I’m fairly proficient on Bass (played mainly in a Studio).
I’ve had my own studio since 2000 mainly recording, engineering and producing local bands as well as my own stuff.
I’m looking to join a Wedding/Function band or even a Tribute Band. I have played in a ABBA tribute band and also rehearsed up an Elton John/Billy Joel tribute band which sadly never got off the ground. More recently I’ve played in a Blondie Tribute Band.

My main electric guitar’s are a Fender Strat (60’s re-issue), Fender Telecaster (1989 USA model) and a PRS SC 245. I’ve got a couple of Basses, Sterling Musicman SUB and a Fender Squier Precision. Acoustic Guitars I’ve got a Faith Electro-Acoustic and a Tanglewood.
Amp wise I use a Victory 40 Watt (The Duchess) with 2 x 12” speaker cabs.
Pedalboard yes I have a very big one! On my board is a GigRig2 controller, Vox Wah, Super Trem, TC Electronic Hall of Fame, Flashback and Mimic, D and M Drive/Boost, Boss DS-1, Boss CH-1 Super Chorus and a Boss Acoustic Simulator.