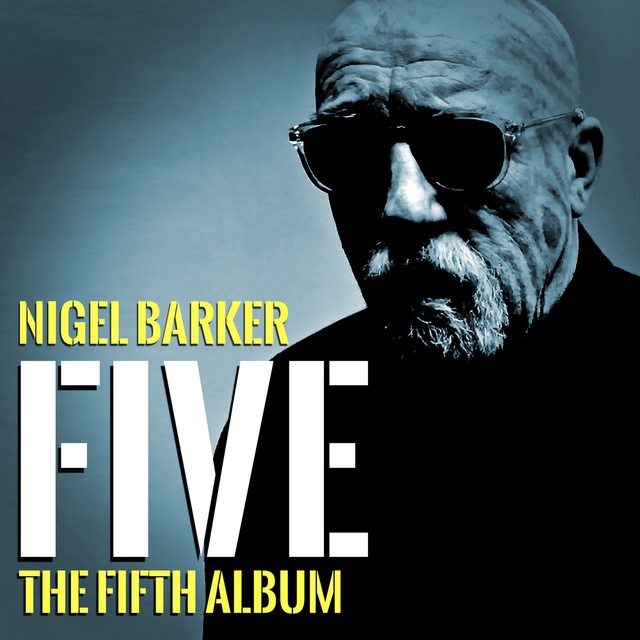 Looking for a drummer and keyboard player to promote my fifth album. PR suggests we can secure a number of festivals gigs next year and the usual suspects in and around London. Hope to e playing at least once a month. We will play in front of a 4M video screen. More info at www.nigelbarkermusic

‘A combination of true grit and grace’.

‘If you combined Beck with Tom Waits, Leonard Cohen with the Delta Saints and then dust in some Joe Gideon, Kurt Weill, Curtis Stigers, Bob Dylan and Peter Gabriel you might understand where I’m at for at least the last three albums I’ve made’.
UK based musician Nigel Barker is releasing his fifth album ‘FIVE’. ‘My initial fu*ked up Americana got so fu*ked up it wasn’t Americana anymore so now I call it Industrial LoFi Pop’.
Lyric oriented, with strong melodies and often experimental musical arrangements keeps things interesting. ‘I can’t name one genre for my whole body of work ‘cos I just keep moving and I like it that way. Whatever grabs me at the time might offer up a couple of tracks in a certain stye. I keep audio and written notes throughout the year and they become the basis for the songs when I sit down and write. Tom Waits was whispering loudly in my ear on this last one. Saying ‘Go further. You wimp’. I went as far as I felt appropriate before it became a Tom Waits album but his influence is very strong on most of the backing tracks. Banging bits of metal, foot stomping, fu*ked up guitars mostly. The result I like. Some of my best work so far’. Best reviewer comment so far: “This guy is just the right amount of strange”.
Nigel only dialled up his music career about 8 years ago . He had a bad car accident when he was 23 and lost the use of his left hand. Being a guitar player that was devastating. He switched to training as a recording engineer at AIR Studios and eventually went on to become a film editor and then an international award winning film director and writer. His 2003 film ‘The Refuge’, won him a Director’s Award at the 2006 Cinequest Film Festival, as well as a Best Screenplay award at the Napa Sonoma Film Festival in California. But he turned his back on film directing. ‘It was too hard getting money for films and too hard making them. I went back to simple film editing’.
The films bought him a Harley Davidson and after a number of years using the heavy clutch on the bike, his hand came back to life. ‘Excited to be playing again, I went out and bought the guitar I had had when I was eighteen, a Les Paul, and started all over again. Five albums later, I have my own studio and twenty six guitars. as well a dining room that converts into a small film studio’.
‘It just goes to show if you put in your ten thousand you can do and be anyone you want’. ‘Six promo films have been shot for the new album and a short video preview of the new show I am putting together, playing solo in front of a 4 metre wide video screen. So I think you can now add ‘Cinematic’ to any description of what I do. I’m looking forward to touring the show later this year’. Watch this space.
Big screen preview here: https://youtu.be/OMuJrYpcIMk