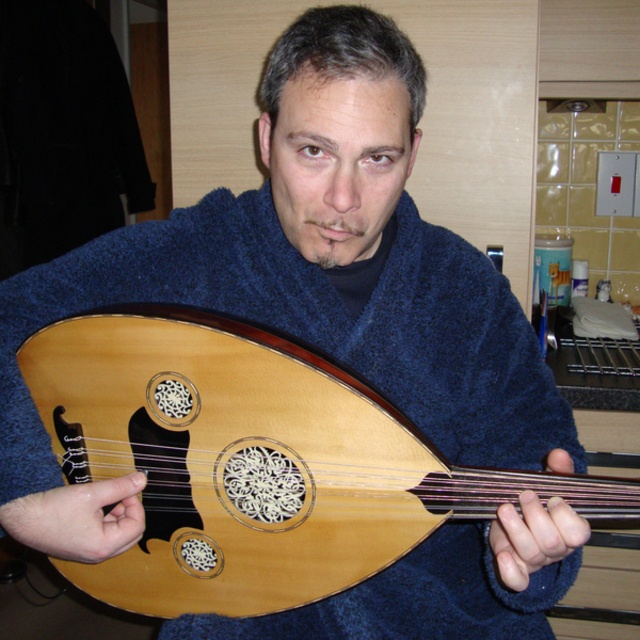 Musician, played guitar for 33 years, previously signed to Virgin and Chrysalis amongst others, released many albums, now concentrating on playing oud and Arabic mandole, interested in band or band members who want to create an innovative mash-up of Arabic/Hindustani/Gypsy/Afghan/Turkish/Flamenco/Kletzmer/Punk music with attitude and groovy beats. Fast sweaty stuff, no "world" coffee-table music, but the real deal. Wants especially a singer, percussion or darbouka player, keyboardist, double or electric bass who are willing to share this vision and reap the benefits with me. Looking for mad/useless/problematic people who cannot do anything else but playing music in order to create something brilliant and to do something interesting because everything else is just so boring, boring, boring! Splendid layabouts, illegal immigrants, manouches and Tzigani, CR holders, in fact everyone with heavy issues especially considered (and sought), but: must be interesting.