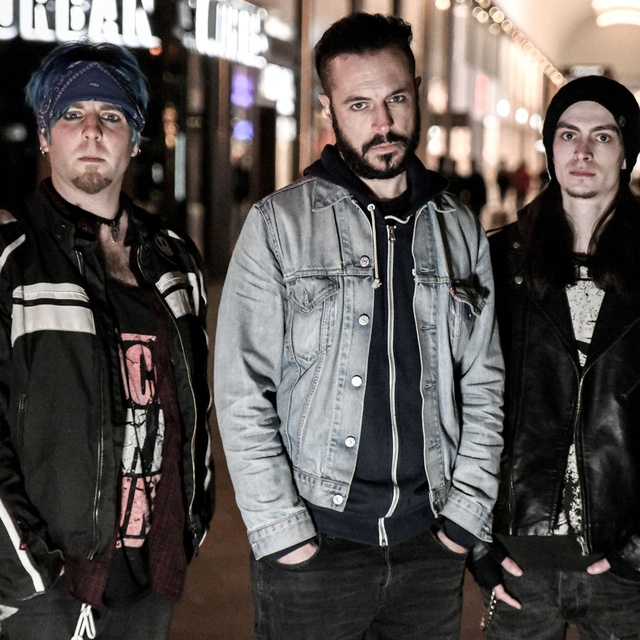 A three piece alternative metal/rock band from Oxford, Molly Karloff draw upon a wide range of influences for their raw, stripped back sound where hook-laden guitars are married with catchy grooves to produce a very unique sound that has been described a lying somewhere between Clutch, Rage Against The Machine & Alice In Chains.

Their debut EP, 'Dancing For Money' attracted critical acclaim, being placed in the ‘Top Ten EPs of 2018’ by Manchester Rocks and described as a ‘no-holds-barred sucker punch!’ by Down The Front Media, with a 'big sound that drags the listener to the table' by Powerplay Rock and Metal Magazine.

Since making their noisy presence on the UK rock scene known, Molly Karloff have been busy in the studio recording the tracks to their second studio EP release, which embraces and evolves their unique, yet familiar sound, of stripped back guitar and bass grooves.

Recorded at Parlour Studios, Kettering and engineered, mixed and produced by Neil Haynes (Sacred Mother Tongue, Black Dogs, Awake, Sympathy State), the band see 'Supernaturalation' as a precursor to the released of their debut album later in the year.

The 5-track EP captures the distinctive Molly Karloff hard rock sound with a wild edge that gives a middle finger to numerous social issues; with a sideways dig at hypocrisy in society. With an addictive listen with the immediately familiar attention-grabbing guitar riffs and catchy, contagious, chorus lines, this is a belter of an EP.

The band will shortly announce tour dates in support of the EP’s release.