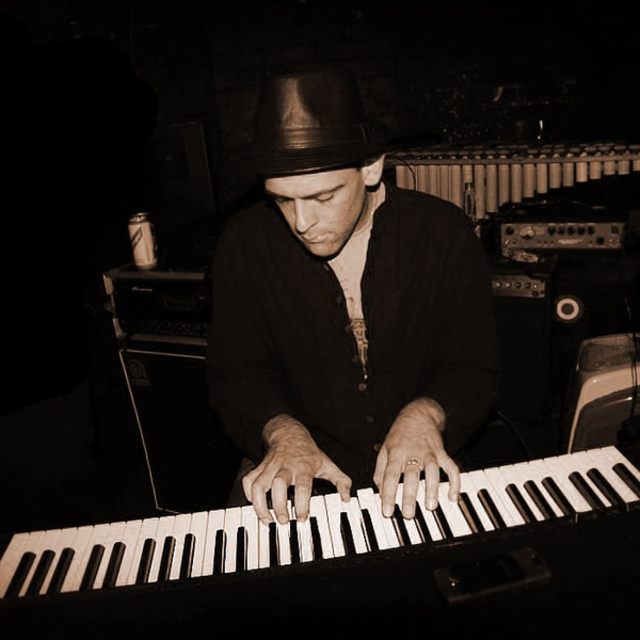 I've been playing music for more than 20 years and have plenty of gigging experience from the big and exciting to the small and intimate. I also have a lot of studio experience on both sides of the glass.

Biggest piano influences are Ben Folds, Joe Jackson and Olly McGill (of the Cat Empire) though I also listen to a lot of random jazz and funk without necessarily remembering who I was listening to. Bill Evans springs to mind.

In terms of other music I like, well.... as a teenager I was into grunge and classic rock though I also found myself exploring the bluesy roots of the latter. Later I got into electronic music and jazz - odd combination, perhaps, but give St Germain a listen and you'll see ;) These days my tastes are much more eclectic - soul, folk, latin, reggae, ska, the list goes on... - and I actually find myself more drawn to music that can't be easily categorised.

Favourite band at the moment is the New Mastersounds.

My live setup consists of a Novation 61SL mkII controller keyboard and a laptop. I don't drive, so a setup I can carry with one hand makes sense for long train journeys!

I have other bits of kit around for studio work.

SOME NOTES ON THE TUNES

"When Will This End?"
Rough piano take of an original composition, soon to be sketched out more fully.

"Daydream"
A track by Two Twenty Two Music - a soundtrack company I'm involved with as a producer. I played piano on and produced this track.

"Mister Bastard"
Written and performed by Snooty Bobs. This was a fairly primitive recording done back in 2012, mostly live with vocal and sax overdubs. I played piano in the live session, and also engineered and produced the track.

"Delete Me Now"
Written, recorded and produced by Leigh Gordon. I played the organ, remote-collaboration style.

"Breathless" (video)
Original composition, as above.

"Wet The Whistle" (video)
Snooty Bobs again, from the same session as Bastard. Video produced by Liz Coleman at Night Owl Productions, featuring gigs at the Hare & Hounds and the Yardbird Jazz Club, both in Birmingham.

"K's Landing" (video)
My piano rendition of a song written by Daisy Coole.

"Pax" and "Have Us Do" (videos)
Live studio session with London band Soulmaze.