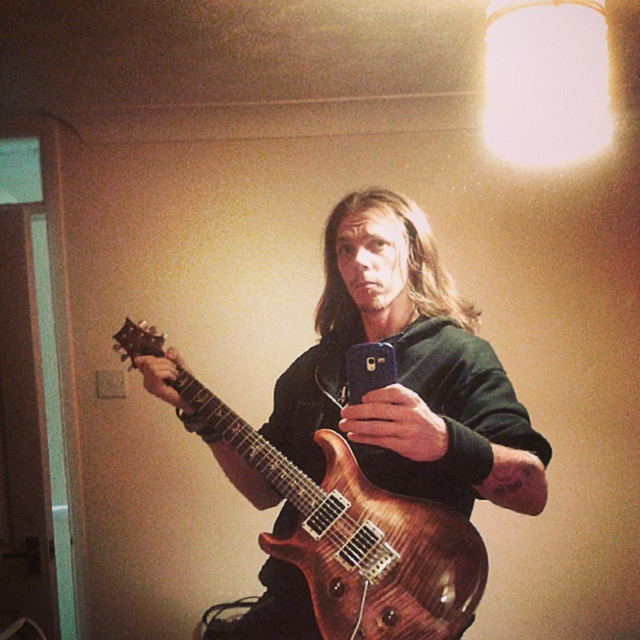 Hi i'm Marty, I am a guitarist just setting out on the gig/band scene, looking to gain experience. I am looking to join a band at first that does not take things too seriously, but still has a professional manner if things do get serious. I have been playing the guitar on and off for about 7 years, but during my run I have hit a lot of brick walls on a personal level and gone through a few months without playing here and there. In saying that just over 3 years ago I decided that I wanted to push my playing a bit further, so for about 2 years, I practiced solidly almost every day. I managed to gain a distinction in my grade 5 and 6 RGT guitar exams, then just before I went in for my grade 7 exam I broke my hand/damaged the ligaments. I still went in for the grade 7 exam and hit a merit 6 marks away from distinction. I also have a grade 3 in music theory moving onto my grade 4 next year..

ATM I am fresh off of a years hiatus from playing as I was under orders from my hand specialist not to play, because it may aggravate the damage done, so I am getting back into playing, working on trying to get back up to the level I was playing before my injury, then come the realization that due to suffering with stage fright i have never attempted to join a band, in which thinking about it, joining a band maybe the one thing that will really help me with that and give me the inspiration to keep doing what i love doing...

To sum myself up, I am a fun loving dude, who enjoys having a good time, gets on with most people and likes to work hard at getting the best out of my self... I have an awesome girlfriend who supports me in anything that i want to do... At the end of the day, I want to join a band that likes to have a laugh, but has an essence of seriousness to them when needed, I would probably like to join a covers band at first but if the opportunity arises then i would have a go at an originals band..

Well there is a lot of information about me on here, i just wanted to lay it all on the line so that folks know exactly what i have done and have come from and technically what i want to become, so if there is anything else that folks want to know, just ask...

Matt Mallery (New Device/ Top Guns) John Petrucci (Dream Theater) Ritchie Sambora (Jovi) Orianthi Panagaris, Joe Satriani, Kirk Hammett (Metallica) Eddie Van Halen.. (Van Halen) I have a lot of influences, none of which that i try to replicate, i just want to sound like myself because i just have a passion for the guitar and when i get my head around everything, i just enjoy playing.