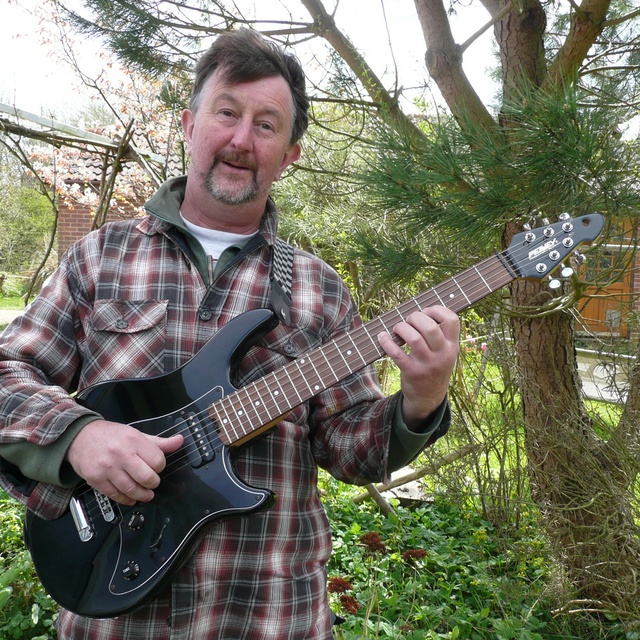 I have got some audio of my own songs further down here that I recorded at home in the past ten years... have a listen and see if any thoughts come to mind of ideas we might work on together?

No cash these days with kids, so no premier membership, so like today I saw a John from Harrow and liked his songs and would have enjoyed comparing notes and songs, but Harrow is so far so I need to find people or someone nearby to Heathfield Sussex.

By day I am sometimes practicing playing bass guitar with foot drums.
I aspire to doing maybe local pub gigs of general country style folk rock blues songs with me backing a good singer who plays either keyboard or acoustic... or electric in an accompanying way, and on fairly normal covers stuff acceptable to a forty to seventy age range maybe, but not dead corny songs like Tie a yellow ribbon, or Yellow Submarine or most Beatles stuff etc... I am thinking country rock or Knopfler rock, maybe some piano songs from Elton or Joel or Dylan acoustic?
Perhaps aspire way off to some recording of our own songs later if it works well? I have bought a digital Zoom recorder recently, though that is another angle of course... you can email me on: mdphillips1856@

There are half a dozen of my songs in rough recorded form further down my profile; all were me pressing recording buttons as well as strumming and singing etc so they are a bit rough, but it shows some fairly recent writing of mine.
I have got several more recent songs but I had no way to make recordings... but one new song is on here as a youtube film clip, see: A night in Langney.

If anyone has made a small home studio around here and has no songs of their own to record, I am happy to be their guinea pig to record some songs either alone or with them in combination...

But with regard to the idea of live gigs, I think we want to see if we can make a good convincing sound before we commit to gigging.

I have various standard and baritone guitars and basses and a simple keyboard in my (at present cold) workshop studio where I convert guitars for a job, with various old amps for bass and vocals.
There is a wood-stove I can light, but it's better in the spring.