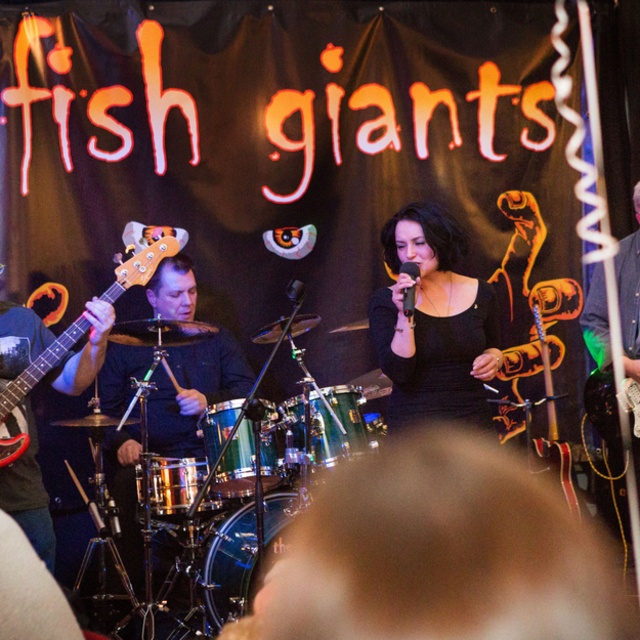 The Selfish Giants, in various incarnations, have been a gigging covers band since 2009. Despite a number of changes in personnel, the hard core of the band have stayed faithful to the types and styles of music that drove the band to form in the first place; edgy rock, classic/contemporary rock (with an edge), edgy pop rockâ€¦â€¦you get the picture? Radiohead alongside the Stones. Neil Young and The Killers. Pixies and Kings of Leon. REM and Pink Floyd. With the tragic demise of our lead singer in early 2013 we couldnâ€™t face just replacing him and carrying as we were. Neither could we just stop. It was decided to continue, with the same ethos, but a slightly different sound.
Enter Adela.
Having a female lead for the first time has resulted in changes in song choice, but not in direction. With a voice somewhere between Kiri Te Kanawa and Alanis Morrisette, we are going places musically that couldnâ€™t have been contemplated before. Think Alanis, think Florence, think Cranberries. Think Selfish Giants.