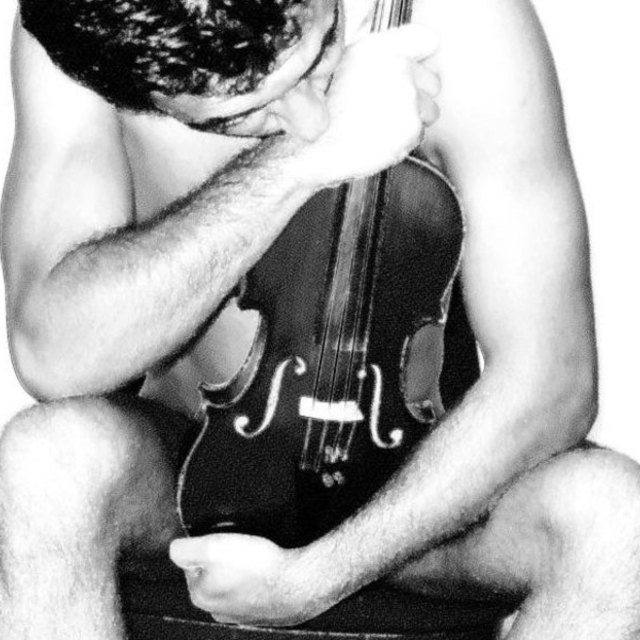 Marco Modica, born in 1980. I started playing and studying violin at the age of 7 with my father, who teached me, in 2007 I graduated in violin with honors at the Conservatory "Francesco Cilea" of Reggio Calabria (Italy), under the guidance of M°Giuliano Fontanella and M°Portuesi then. At the same time I studied electric bass with David Beatino (Samuele Bersani). In 2000 I joined as bassist with "Gene", pop / rock Italian novel, with which publishes a demo titled "Start". In 2001 he joined as bassist "Exit2" rock band from unpublished in English, with which also participates in the edition of "Arezzo Wave" of 2001. In 2002 he joined as bassist and violinist of the "Mattanza" (www.mattanza.org), ethnic group with whom I recorded the album called "Nesci Suli". In September 2002 I took part in the "Cous Cous Fest" organized by Michael Pergolani and Renato Marenco Radio Rai Demo. In addition to collaboration with "Mattanza" in 2003, and also part of theater and music projects with the association "Spazio Teatro", and "Il Teatro dell'Invisible" where I performed several times in the role of violinist. In 2003 I performed with the "Unithas Orchestra" in &#8203;&#8203;Rome for Pope John Paul II. In January 2004, I participated as a violinist to record the album "Maria Sorgente d'amore," produced by Unitas Catholica. In the summer of 2004, I went in Hungary where I performed at "Kalaka Folk Festival" in Miskolc. Also in 2004 I took part in the Taranta Power (Caulonia), and the Festival "Paleariza". In the summer of 2005 after the success of the previous year, I returned to Miskolc for a new exhibition at "Kalaka Folk Festival". It adds another date and participates at the "Dombos Fest" in Kiskunhegyes (Serbia). I also played in Milo (CT) in the "Taranta Fest" and took part in the 2005 edition of "Arezzo Wave". In the summer of 2006 began the collaboration with "Scarma" (www.scarma) Ethno-rock group with various facets. In 2006 he joined the "Musicophilia" (www.musicofilia.it), group music search and retrieval of musical traditions ellenofone. In 'August 2006 he participated in the "Festival of the Strait", held at the Arena of the Straits of Reggio Calabria. That same month, participates in the 2006 edition of the festival "Paleariza". In 2007 he took part edition of "Arezzo Wave 07" with the group Rock-Progressive "XII Icona".
In the summer of 2007 I participated at "Paleariza 07", with "Musicophilia.". On August 10, I played with Lucio Dalla in the Valley of the Temples in Agrigento.
In July 2008 I performed in Greece, in the streets of Nicosia and Limassol.
In 2009 I took part in recording the new album Musicophilia "Listen."
Simultaneously I worked on creating music for a documentary on the environment called "Eco-Monsters".
From 1990 until now, I performed and still performing in chamber ensembles and symphony as a violinist but also with various formations in local restaurants pubs and theaters as a bassist and violinist.