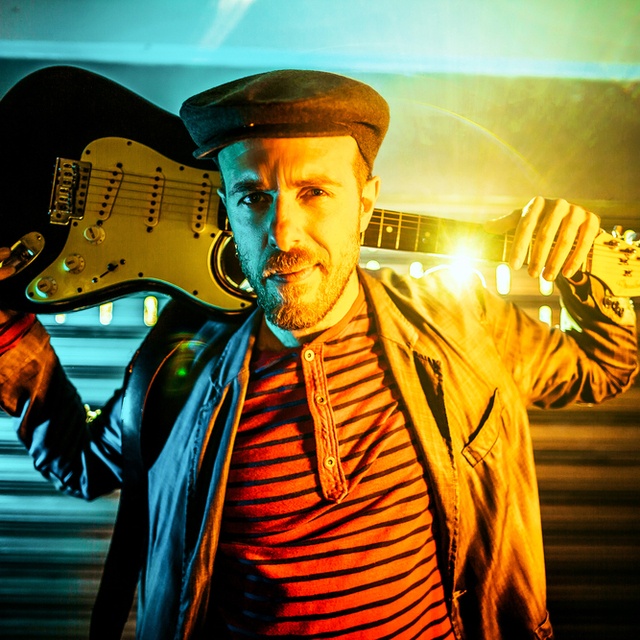 Classical guitar, early songs and early bands, but my career as professional
musician and singer has started working for Valtur resorts in 1996 in Maldives
until 2000 when he decided to focus more on songwriting.
I got a MA degree in Modern Italian Literature and kept on working with
some bands in Apulia (Italy) where I come from: in 2002 I joined
The Quarrymen, one of the best Italian Beatles tribute band ever, as singer a
bass player collecting hundreds and hundreds of concerts in Italy and all over
the Europe.
In January 2005 with the band I recorded some tracks at London Abbey
Road Studios for an Italian UNICEF Charity project and performed at Cavern
in Liverpool, where the FAB 4 started their world success: that gig was
amazingly hosted by Julia Baird (John Lennon's step sister) and Allan Williams
(first Beatles manager).
In 2005 I have been starting to work with a theatre company Teatro
del Vago writing songs for some pièce (Rumors di Neil Simon, Il caso di
Alessandro e Maria di Giorgio Gaber, Grazie di Daniel Pennac) and acting in
some tribute shows performing Giorgio Gaber's repertoire, the inventor of a
very typical Italian storytelling tradition, the teatro-canzone: a one man
show, an empty stage, a mix of songs and monologue.
Thanks to these very emotional experiences I decided to promote my
own songs as Keccore' (Italian Stage name) writing a show following this
style: on May 7th 2010 I made my debut with “Il Pendolo” directed by
Pippo Indellicati, performing stories about an immaginary songwriter as a
modern human condition allegory.
In 2011 I moved to New York to improve my actorial skills and
attended The Susan Batson Studio studying the connection between the
acting and the singing technique with vocal coach Mary
Setrakian (Mary J Blige, Nicole Kidman, James Gandolfini) .
This work and some gigs in NYC (Triad Theatre, Stone Wall, Duplex) have
strengthened my awareness as storyteller and performer and turned into
“PLUG AND PRAY”, my first English album, recorded and released in Italy in
november 2012 as Paul Nose and available on iTunes.
In 2013 I moved to Nottingham to start the promotion of this album and to
create a network in England for this “English” career, but in the same he
decided to realese my first “Italian” cd as Keccore': here STRAFATTO IN
CASA (Officina Musicale, 2014), a collection of 12 songs, a summary of ten
years career. One of this track (Logiche relazionali) has been selected for
Pane & Burlesque soundtrack, an Italian movie directed by Manuela
Tempesta: I shot a cameo as myself playing the song in a scene of
the movie joining a great cast formed by some of the best italian actors.