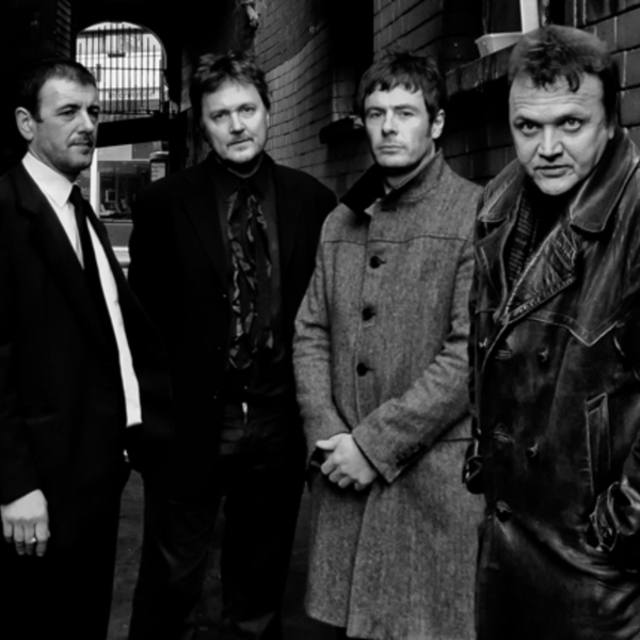 Jerry Tremaine and the Rising Suns are Jerry Tremaine (vocals and harmonica), Milton Thorne (drums), Andy Baxter (bass guitar) and Marc Clements (guitar and backing vocals). In short order the aim is to play a style of blues that swings and rocks, with just enough Memphis grit to keep things soulful... need I say more?

Ok, if you insist. It may be worth mentioning that brothers Jerry and Marc began coming up to London in the late 70s with their band, The Untouchables (this is long before Steve Lewins and the American two-toners decided on using the same moniker), seeking out the same path that their main men, Dr Feelgood, blazed three years earlier. The Kensington, Dingwalls, Marquee, Bridge House and Nashville Rooms all got the Canvey-by-way-of-Bristol treatment. When the band played the Zigzag bash in 79, many were convinced they'd seen the debut of a reformed Feelgood. Wilko Johnson went on to become good friends with Jerry, and produced a single for them in 1980.

The following decades saw Jerry pursuing various musical projects, as well as jamming with several of his influences including Taj Mahal, John Lee Hooker and playing with Gaz Mayall's Rebel Blues Rockers. In the early 80s Jerry joined Bad Manners for several tours playing harmonica, but his bluesy harp-playing was always slightly at odds with their sound and he went on to pursue other things. Jerry still plays with Buster's band from time to time. Mr Tremaine has remained friends with Wilko since those early heady days, getting up to play with the band regularly in recent years; he can be seen playing with the Feelgoods in Julien Temple's bio-pic Oil City Confidential.

Milton and Andy have many years experience between them playing in and around London. They provide the band with a terrific rhythm section that really doesn't call for any prettying up. The band attempted to add keyboards at one point only to discover that it got in their way... so no more of that.

Marc has played with artistes as diverse as John Perry of the Only Ones, Andy Rourke and Van Morrison. Moving to London in the late 80s, he became part of several bands of the coulda, woulda, shoulda variety everyone's been in at least one haven't they? Black American music has always been an inspiration, and given that the time felt right, Marc and Jerry began talking about playing the music that was never far from their thoughts. Things appear to have come full- circle, hence The Rising Suns