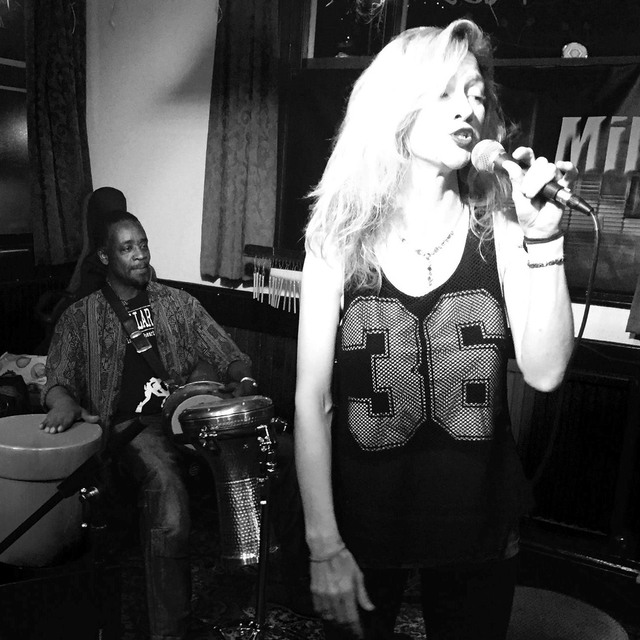 I would love some creative people to work with my project, a band that needs to rock, swing, throb, quiver and be delicate all at the same time. I do all my own stuff, am pretty lyrical, and a single song can cover a wide dynamic, from big guitars and thrashy crescendos to a whispery jazz interlude. If I had to paint a picture, I’d say dirty blues rock, with hip-hop and jazz via Gil Scott Heron, Erykah Badu, often veering off into country blues territory (Cowboy Junkies for instance), and incorporating song-writing eccentricities that you might find in Clutch and Warren Zevon, It’s hard to be any more concise than that! I write passionate songs as well as plenty of piss-take and comedy stuff, which can still boast a fair pair of musical bollocks. Maybe you could say jazz-punk.
On balance, I'd say I am a reasonable singer and song-writer, but that my main skill lies in performing. I write a lot of material that is meant for a band, but which I end up playing alone on my acoustic, and this makes loads of my stuff sound folky when it's not. I do solo perform, and would be able to hold down a very basic acoustic guitar part in a band; ultimately, however, I’d like to ditch my guitar and just concentrate on being the best front person I can be. Meanwhile, my solo act is a cool platform for me to present stuff to audiences, as well as a birthplace for lots of tracks that will later (hopefully) become band material. I will post some stuff shortly, also, interested people would always be invited to one of my solo gigs, or alternately we could always just meet and jam.

Seeking a drummer, guitarist, bassist, maybe keyboard player, to form a band based around my original material. I need someone who can play electric guitar and also acoustic if possible, because I am totally rubbish on the first and only passable on the second. Ideally, I would love players who have really wide-ranging tastes like myself and who especially like jazz - not that you have to be a technical twiddler but simply enjoy and understand jazz, as a (slightly rebel) sensibility, with humour, groove, intelligence, etc.

I have two acoustic guitars, incl. a Guild M20, plus a little guitar amp, a Roland Street Cube, mics and plenty leads and stuff. Aside from gear, I have (probably) somewhere free to rehearse. I think this is quite important as paying for rehearsal time is just stress, and we are gonna need easy-going sessions and vast supplies of biscuits to see us through. So, I have biscuits, because they count as gear.