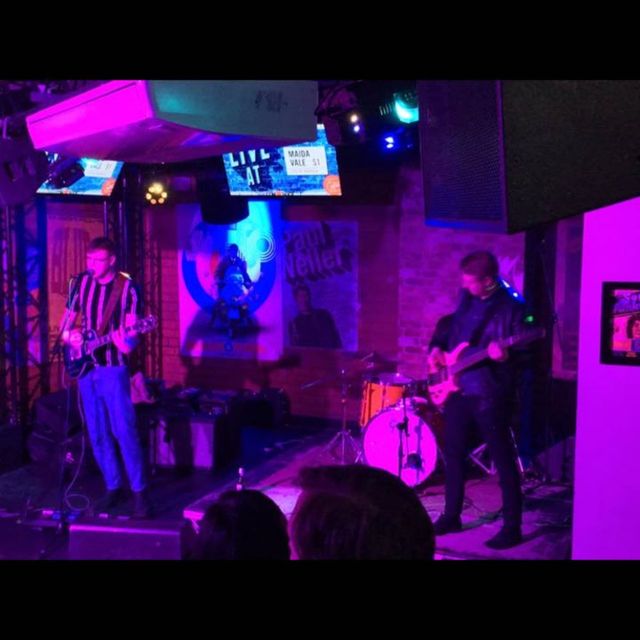 Bang Bang Club is a recently re-formed three piece from Sheffield. The lads have been playing together since Jake forced the other two to join his Beatles tribute band at infant school - complete with grey suits and mop tops!

Singer/guitarist, Jake Sissons, is heavily influenced by Arctic Monkeys, Oasis, Manics and The Smiths. He became obsessed with music at an early age and can list the entire Beatles discography, release dates included, off the top of his head like Rain Man. He plays with expert precision and is searching for the perfect melody.

Bassist, Adam Eaton, is a panel beater by trade. His workman’s hands provide a unique take on the bass. He plays hard and fast, adding a unique garage grunge sound to the band’s almost poppy melodies.

The Beatles, Arctic Monkeys, Manic Street Preachers, Oasis, U2, The Smiths, The Verve, Radiohead, The La's, Cast, The Libertines, The Strokes and many more!