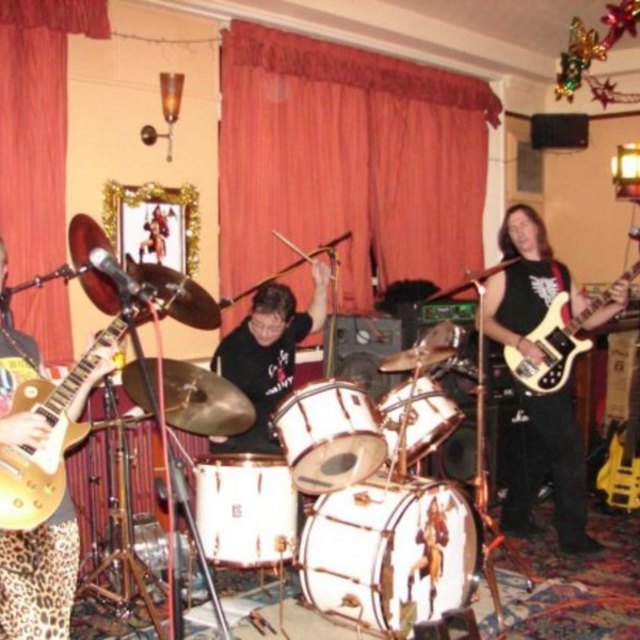 Roaring Meg - is a ,mythical 6ft 6" emerald-eyed, beer swiggin', tattooed, leather-clad, fiery red-headed, libertine, harlot, biker bird, who roams the underworld astride a flaming cannon.
She crosses the boundary betwixt this world and the afterlife, gate-crashing parties & whipping unsuspecting souls into a riotous frenzy with screaming sleazy hard rockin' music, before carting them off into an eternity of head-banging, moshing & damnation.

Three tormented souls were press ganged into her service to do her bidding and deliver the sleazy hard rockin' music that hypnotises the unwary into having a great night out!

These three souls form the band that bear her name