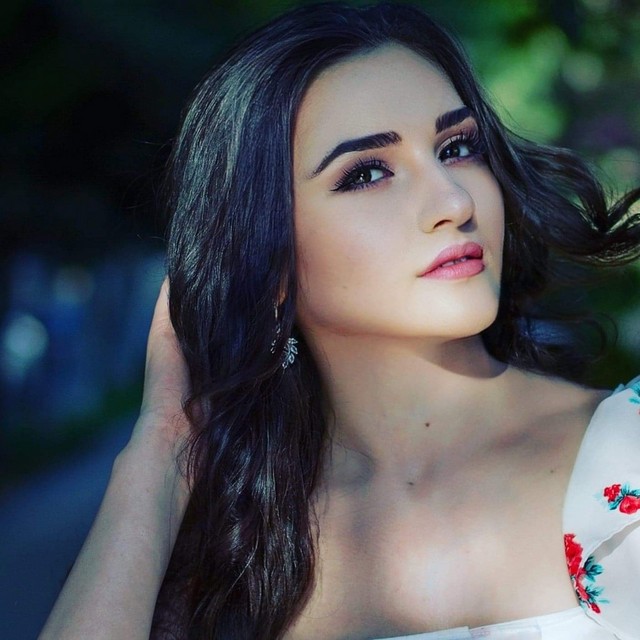 Critically acclaimed Gulshan Akin Ibadova is an Azerbaijani soprano born in the Russian Federation who subsequently moved
to Azerbaijan in 1992. The Azerbaijani soprano from Baku, has come a long way since she started her singing career at the tender
age of six. At the age of fifteen she was noticed by Elmira Kuliyeva, one of the eminent voice teachers in the country. Gulshan
received lessons and encouragement to follow her dream of becoming a famous singer. She participated in numerous competitions,
being awarded first prize wherever she sang. She was offered scholarships to study abroad, but continued to study under her mentor,
Elmira. By the age of seventeen she was introduced to musical comedy which allowed her to get involved in several musical
productions; an experience which proved to be invaluable in her career. There she entered the BAKU MUSIC ACADEMY
named after UZEIR GADJIBEKOV, the prominent Azerbaijani composer. She studied under Elmiram Khulieva in the
concervatory. During her first year she was invited to sing in concerts for the Philharmonic society which included performances
organised for Embassies of different countries. Gulshan's first operatic role was in AIDA in which she sang the title role Upon
graduation from high school Gulshan enrolled in the Conservatory at the Baku Music Academy where she continued her singing
studies under Elmira Kuliyeva. Her big break came when she auditioned for the title role in Aida. Her success as Aida opened the
doors to more opportunities, both locally and internationally. She took part in the international competition ‘The Voice - Turkey’ in
2016 to great acclaim. She describes the standing ovation by the audience and the judges as a crowning moment in her life. Gulshan
is the first female singer to play the main role in Azerbaijan's first rock opera, “Sinbad The Traveller”, premiered on 27 October
2018. Link:
https://www.youtube/watch?v=P0aRE7WW5XQ&index=27&list=PLi0freeBAzK4f3oLi94f8BaF3ovQhSVQy
She continues to actively collaborate with “Sinbad's” creator RIDVAN SADIRKHANOV, her voice coach and composer, in
conjunction with concertmaster RENA AGAYEVA. Her appeal to international composers has led to many of them dedicating
compositions specially for her. She has worked with Italian composer Pierpaolo Lucca, English songwriter Chris Davies and others.
Gulshan speaks English, Russian, Italian, Turkish and Azerbaijan and is an artist with a big heart. Remembering her humble
beginning, she strives to reach out to those less fortunate than her and her desire is to create a better place for those whose lives she
touches.
Gulshan has just been appointed the International Azerbaijan Ambassador for the Freedom for Musicians company in London.
This is a proud moment as her talent as a musician is recognized!
Her performances are available on YouTube. The links are listed on her Biography.