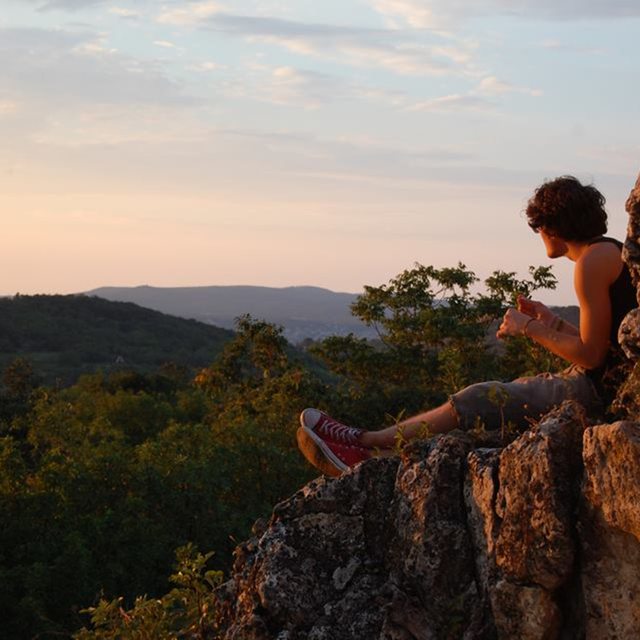 - My mum made me promise not to become a musician. For a long time, I tried to keep this promise but then I had the fortune to try what it is like to be a full-time musician when we started recording an album with my band, and it was the best time of my life. We worked on takes every day for a week, from early morning until night. Also, we had a gig at the weekend so we rehearsed, and performed for a small audience. The uniqueness of this experience gave me a huge amount of energy, and I have felt this energy since then after almost every gig we've had: the urge to keep playing, even though physically exhausted.
- The reasons why I love singing and writing songs are that they make my problems go away, I like myself more while singing and they keep me together when I feel down. They have helped me through the toughest periods of my life. I sing when I'm happy. I sing when I'm depressed. I sing when I should study for exams. I sing late at night. I want to keep singing as long as I live. And I want to do it professionally, with other professionals.
- Call me naive, but when I formed my high school band back in 2011, we thought that if there was even 1 person whose life we could make an impact on with our music, then it was more than worth doing it. Since then, we have performed the songs I have written dozens of times, even on the 50th anniversary of our high school as a closing act, in front of hundreds of people including the mayor of our town. That was a great honour and a memorable day. In the same high school, I was also asked to play singing roles in musicals. As for other experiences, in 2014 with the same band we won studio hours in a competition and we had the opportunity to record 3 songs in the highest quality. During those years, I gained a routine how to play live music with others, how to be present on a stage, and how to perform in the spotlight or how to manage a band. I also experienced the stages of the writing process of a song from scratch to studio recording.
- The high school band was not my first attempt at playing music in a group. At the age of 11 my neighbour friends and I formed a band and wrote and recorded 6 songs in 2 days without any musical or instrumental knowledge. I just strummed an old acoustic guitar and sung the lyrics with a scratchy kid voice. The outcome, obviously, was horrible, but we were proud. In hindsight, I think this showed me that I have to and I want to learn and make music.
- As my aim is to work with music every day, all my hobbies are related to music. I am in constant search of new bands and great songs, and I like to share them with the world, so I started a music related blog, where I introduce my new findings and old favourites. In fact, the blog started out as a media project but I kept it going over the years. The other area where I focus my spare energies is making instruments. I made my first instrument mainly because I wanted to learn how to play it, but I didn't have the money to buy one at the time. My father had a poorly equipped workstation, and in a month and a half's time I actually managed to create a little ukulele. Not a good quality instrument but it sounds quite right. Another instrument that I made is a bass guitar. I already owned a pair of bass pickups and a solid body, so instead of buying a new guitar, I made the body compatible with the pickups and carved a neck out of a wardrobe door. I even played on it live.
- Currently, I have plenty of ongoing projects. I am working on a solo album which will consist of songs that wouldn't fit on the main band's album, and most importantly working on the main band's second album not just as a lead singer and guitarist but as a producer as well.
- I believe that this site is the key to meeting creative and interesting people, worthy to make music with; to become a productive and professional musician, and to - this is what I desire the most - work with music every day (and keep getting better at it).