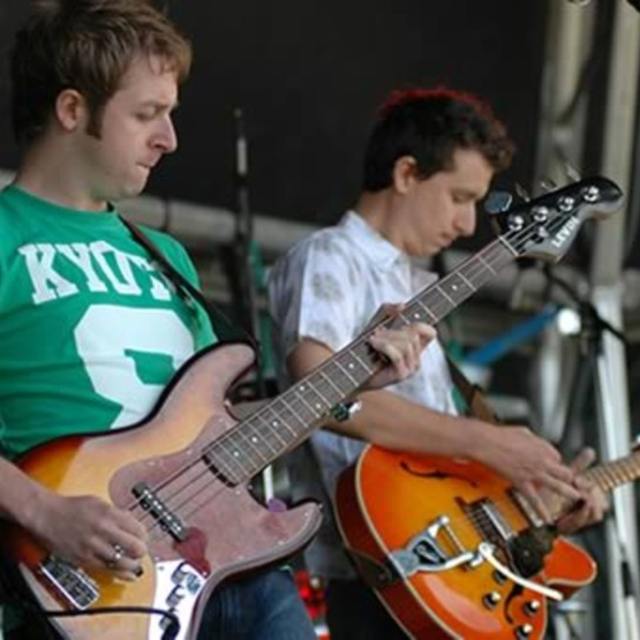 I'm an acoustic guitarist and singer (in that order) looking to mess around with covers or original stuff. Happy to blend into the background or step to the front if needed.

I have played guitar, mostly for my own amusement for the past 20 years. The first 6 or 7 years were purely Classical training, but due to a lack of interest/commitment I only made it to grade 5 before I caught the electric guitar bug.

Played in a band at school that involved mainly lengthy blues jamming and the occasional gig for the school. During this time I caught the acoustic guitar bug.

Through uni I played a few solo acoustic gigs and played in stage bands for theatrical productions, but again, nothing serious.

After uni I moved to Lancaster and formed an acoustic duo who had a regular gig in a pub doing covers of recent songs and generally playing about. While playing in the duo I was picked up by a band performing original material and Scout was born. Played bass guitar and sang backing vocals for Scout from 1999; playing regularly in the north west (Liverpool, Manchester) and less frequently in London. Had a brief flirtation with a record deal but we ended up self-funding and recording an album to follow up 2 previous EPs.

In 2005 I moved away from Lancaster and I have been more-or-less dormant ever since, playing only at parties and the occasional open mic night.

I'll have a stab at turning anything into an acoustic guitar song regardless of whether the outcome is funny or serious.

I am really looking for someone to have an acoustic knockabout with. Drop me a line at gavinions@orange.net if you need my guitar/bass/vocal stylings.