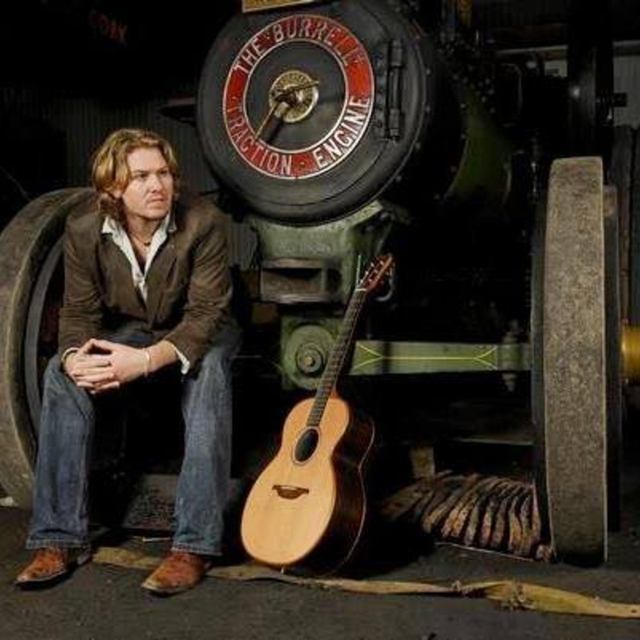 Gareth Carey grew up in Malvern, England before moving to Clonakilty, Ireland aged 12 in the year 1992. It was at this age that he began to learn the guitar. When he was 16 he studied under the tutelage of Kevyn Gammond who played Guitar in a Group called The Band of Joy with Robert Plant (Led Zeppelin) on Vocals and then collaborating on many Albums and live shows Robert Plant would then go on to record and perform in his solo career. In the years that followed Gareth has been session playing with emerging bands from the Irish and English music scene. He has toured Australia with Jeff Martin's 'Armada' and supporting acts like Public Enemy, Gomez, The Wailers and a wonderful meeting up to discuss some songs with none other than The Temptations at the Royal Albert Hall.However, in the last 8 years he has channeled his creative energies and opted for the acoustic guitar as his main instrument. As a result he has embarked on recording an Album firstly in Roy Harpers studio then performing his albums 'In the Shade' and 'Cure the Fear' as well as many more songs and instrumental guitar pieces, His style both being melodic,uplifting and refreshing and one cannot miss a rich dark beauty about his music that is intriguing to say the least. His recordings so far are acoustic opus's that raise the guitar and vocals to the influences and the likeness to Nick Drake,Roy Harper, John Martyn and Bob Dylan also branching towards Instrumentalists like Martin Tallstrom,John Williams,Rodriguez, Preston Reed and Andy McKee . A must see act for any music lover!