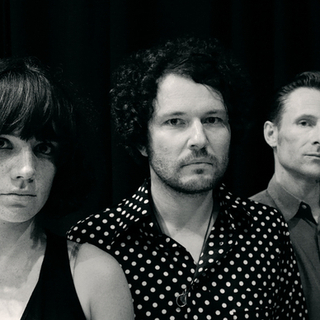 With influences as diverse as PJ Harvey, Depeche Mode and Johnny Cash, GABRIEL KAIN & THE ABLES create a dark and unpredictable musical world in which the wild sonic rivers of rockâ€™nâ€™roll grooves run through the ragged and sparse landscapes occupied only by the lonely wail of a violin and pleading human voice. This unique powerhouse of a band is often loosely compared to Nick Cave and the Bad Seeds and at their booziest best to Tom Waits.

Gabriel Kain(Vocals/Guitar), Hana Piranha(Vocals/Violin) and Carl Fox(Bass/bv) have rapidly developed into an exciting and energetic live act backed up by two self penned EPâ€™s (the first mixed by Kevin Paul who has credits by Nick Cave, Depeche Mode and Paul Simon, the second produced by cult Bristolian musician and producer Ben Dubuisson). Equally liked by men and women and loved by regular gig goers with a refined taste in music a late night sweaty stage is their natural home.