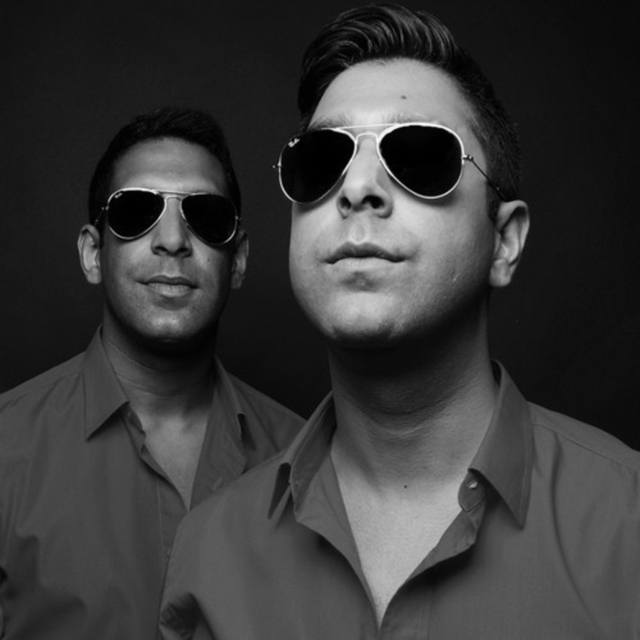 From the world famous ministry of sound-to the secluded celebrity clad beaches of St Barthsâ€¦
From intimate 150 VIP parties in the city of angels, to elaborate festivals with thousandsâ€¦
Playing with the greats namely Morillo & Sanchez and spinning at super exclusive Tropezian after parties with high-profile guests including Jay Z & Beyonceâ€¦
British born, twin brothers, Evo & RST started officially working the London club circuit in 1997 & have since played in practically every nightclub in the UK capital â€“ including numerous guest spots at the world famous Ministry of Sound.
Touring 40 different cities in the past 8 years from Miami to Mumbai, as well as playing 5 dates at the uber chic Nikki Beach-St Tropez last summer (including headlining the Nikki Beach St Tropez Anniversary party) Evo & RST have not only continued to establish themselves as the fundamental jocks for famous faces, the jet-set and luxury brands but also for die-hard house music clubbers throughout the world. Having worked alongside many established artists throughout the years, such as Erick Morillo & Roger Sanchez to the legendary Masters at Work, Louie Vega & Kenny Dope â€“ Evo & RST have become a sensation across the globe.
2013 was another marathon year for Evo & RST as they welcomed â€˜12 at the Marriotâ€™s new super hotel in Pune India to a charged audience of 3000 people â€“ whilst further being broadcast live nationally on Radio One. The Miami WMC followed suit as Evo & RST opened a packed house for DJ Mag world number 3 â€“ Avicii. As well as their regular international summer spots in St Tropez & Marbella, several new appearances followed in Hamburg, Moscow & Palma, whilst debuts at the Armani Club Dubai, W Hotel Doha & the O2 Arena/W Hotel London were all triumphant. December closed with an almighty bang as Evo & RST embarked on their 5th consecutive annual tour of the Caribbean including St Maarten, St Barths & Mustique.
17 years on & 2014 is set to be another landmark year for Evo & RST, both in terms of prolific DJs & prevalent producers. Multi-date tours in several new territories including the South Americas, Far East & Australia are scheduled as well as continuing their famed monthly residency at Qatarâ€™s vanguard luxury club, Crystal at the W Hotel Doha. On the production front, remixes for the Pet Shop Boys, Lisa Stansfield & Inaya Day have gained major interest & several new collaborations with artists and labels are on the horizon as Evo & RSTâ€™s innovative productions continue to climb charts & gain key support from the likes of DJ Sneak & Annie Mac.
www.evoandrst