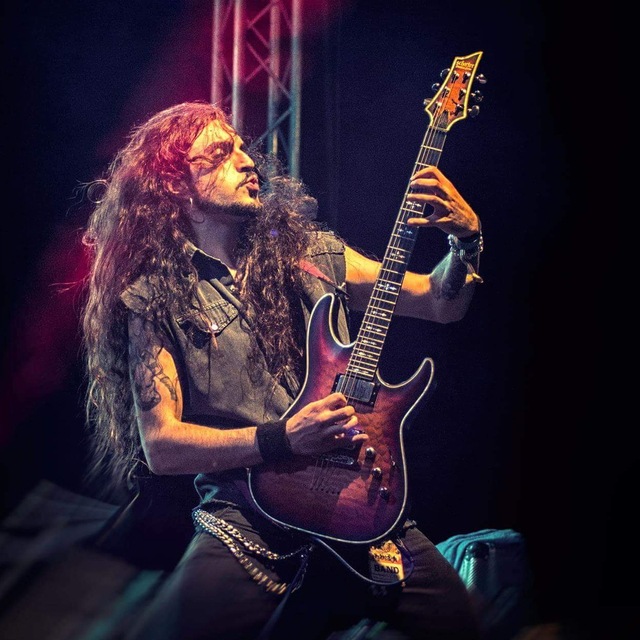 Valerio is an experienced guitarist, trained in the study of electric guitar techniques and in the understanding of theory applied to practice. He specializes in modern guitar that embraces different styles brought back to this instrument like Rock, Blues, Heavy Metal, Fusion and Pop Rock.

· Qualified teacher at Modern Music Insitute in Verona.
· He passed the first three levels at MMI with top marks.

· Specializing in the most common techniques, basic and advanced used in modern guitar as setting of the two hands and the pick, scales most used in modern music with insights on exotic scales.

· Since 2016 he is endorser of the prestigious brand Schecter guitars.

· In 2013 he released an album for the power progressive metal band Soul Of Steel, produced by Olaf Thorsen and Alessio Lucatti (Vision Divine). The full length was released for Bakerteam Records.

· Valerio released a solo album edited by Revalve Records in the end of october 2018. The album is called Zeitgeist and sees Giacomo Voli (Rhapsody Of Fire) as lead singer for the entire full-length