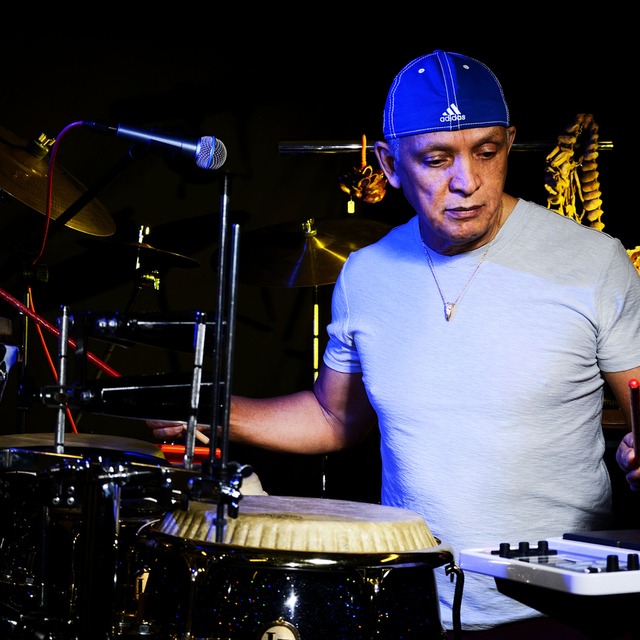 I've been a band leader for many years in Zimbabwe. I moved to Detroit USA where I played part time guesting in various bands. I moved to England ten years ago, and started performing as a solo artist. I now am looking to be a part of a well organised group playing percussion mainly, but also contributing to vocals as well.

My influences run across the board. I grew up in a musical family, listening to all sorts of music. So from Rock in the fifties, the Sixties, with the Soul and Motown movement, the Beatles, The Stones etc. In the seventies Earth Wind and Fire, and the Latin invasion.