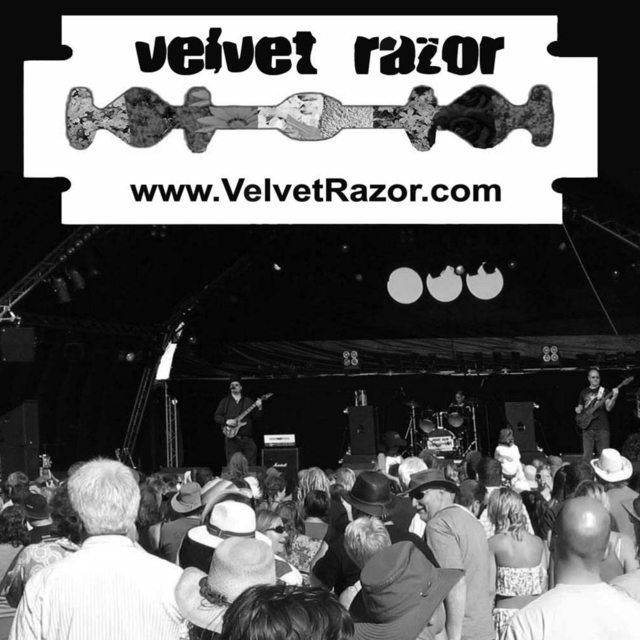 After practicing their craft for years in an abandoned aircraft hanger just outside of Fairoaks in Surrey and then toiling away for years in the dark and dank clubs of London and the South-East getting nowhere fast, singer/guitarist/song writer - Dave Kent and the other band members ejected their previous singer and employed the services of a keyboard player and founded the new band, Velvet Razor in 2003.

For nearly 7 years Velvet Razor has thrilled audiences around London and the South-East. While playing live they exude tremendous energy and they have a proven ability to entertain audiences of all ages, in intimate venues up to large festival stages. Their forays into the recording studio always yield interesting results, which explains their 10,000+ strong worldwide following on myspace. Melding the essence of British & American rock, in the styles of Pink Floyd, Led Zeppelin, The Cult and The Doors, but with the energy of bands like the Guns N’ Roses, Foo Fighters, Greenday and Muse.

“Rainbow Warriors” (being promoted by QuiteGreat PR agency) is the band's latest EP (March 2010). The EP unites Dave Kent's politically charged yowling vocals with road-seasoned melodies to create genre defining album chocked full of fist-pumping rock. With standout tracks like "Victims of Love," and "The Shimmering Sun" look out for Velvet Razor to be a potential leader in the rock landscape for years to come.

Pink Floyd, Led Zeppelin, The Who, The Cult, AC/DC and The Doors, but with the energy of bands like the Guns N’ Roses, Foo Fighters, Greenday and Muse.