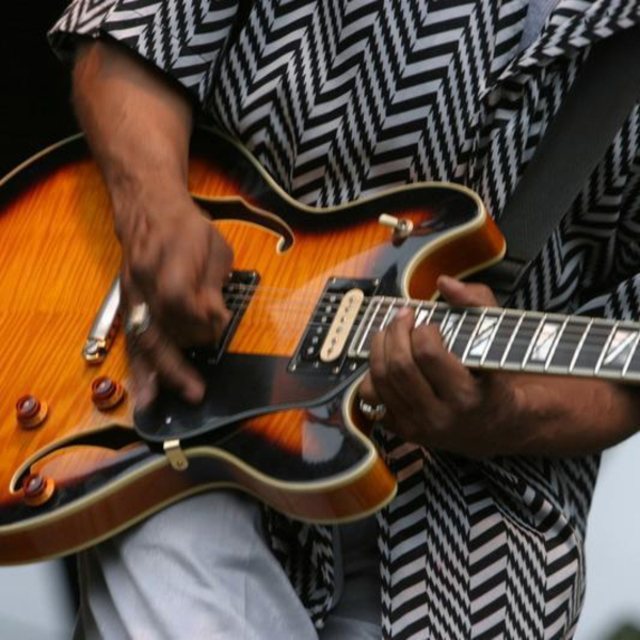 Hi, currentlty looking for a band to join and fairly open to ideas and suggestions as to what so I would look forward to hearing from you. I do have a career so I am not looking to get signed, been there and done that and to be honest really just want to enjoy playing live music again.

I have loads of experiance, I've been playing for 20 years have done gigs to one man and his dog to a few thousand people live to 25,000 on BBC radio... (apparently I'm not sure how they check that..)

I have played for quite a few bands over time, from basic covers, originals to a full 8 peice funk and soul band which was amazing fun but as said I am open to suggestions. Sometimes its just a good thing that people have a good level of chemistry together.

I have also done quite a lot of studio work and I've recorded demo's, singles, EP's and an album which was all good fun. As far as ability goes there isn't much I can't do 'but' I'm not Steve Via and like all musicains I have my strong and weak points.

Screen name:
Chris93230
Member since:
May 21 2013
Active over 1 month ago
Level of commitment:
Committed
Years playing music:
20
Gigs played:
Over 100
Tend to practice:
1 time per week
Available to gig:
1 night a week
Most available:
Nights

Very wide... but more people I like rather than influences. I don't model myself on anyone inparticular.