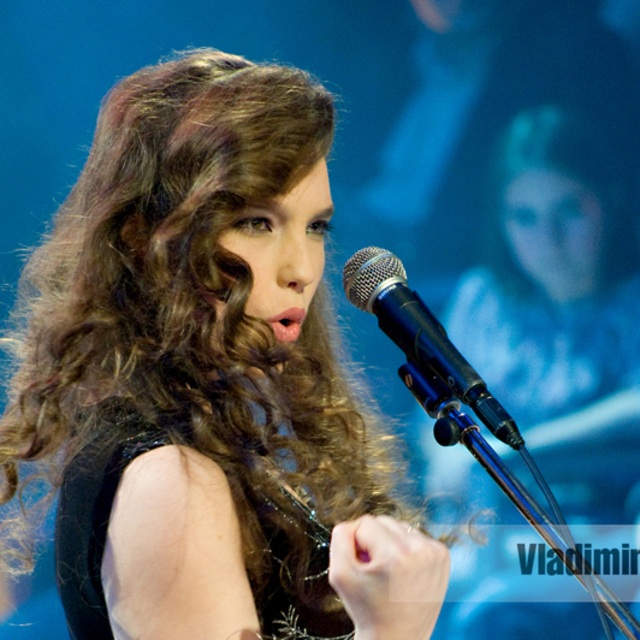 She is passionate about modern and sports dance; as a consequence she had choreographic guidance with the ballroom dance group â??Florisâ?? and with the modern dance group â??Sincronâ??.
She is also passionate about literature, philosophy, computers and she loves drawing and being outdoors, especially going in the mountains. In the wintertime she loves to ski. She also enjoys swimming, riding in a boat, skating, and not lastly, she loves the piano.

She possesses a real creative and interpretative talent, both musical and poetic, having been awarded for her voice in different singing competitions and festivals. She also took part in different shows and artistic manifestations, as well as in radio and television music shows.

The first audio- video records, she had one month before she was 4 years old. She has musical compositional drafts from the age of 7 and by the time she was 10 she already had several finalized songs: melody and lyrics.
From an early age she distinguished herself by her capacity to improvise and personalize the songs she sang. Regarding her own musical compositions, they tend to be thick, every study and development of a song leading to generating various versions and different melodies.

At the moment she is collaborating with different composers and is open to projects and suggestions.

The first 3D Stereoscopic shootings in Romanian was made for the musical videoclip Letter to the Winter, released on the internet by Bernice on December 2010.