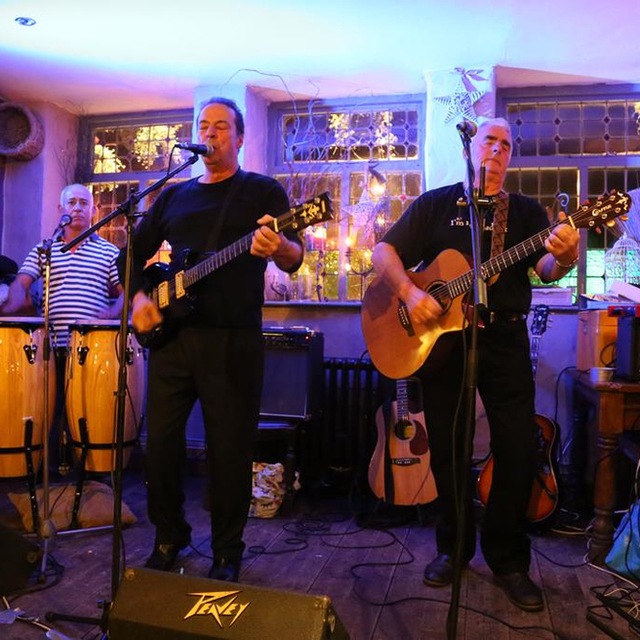 About Us
"Boogaloo Brothers" are an acoustic trio of two guitars and congas playing a range of ballads, blues and rock. The band is made up of three friends who have previously been in other bands.

Alan Todd
Toddy has been lead vocalist with local band Vince Prince and the TDs.
Chris Whitehead
Chris has been semi –professional playing in a rock band in Spain.
Aslan Sag
Aslan is an accomplished player of the congas and has played in several clubs and bars in Turkey.