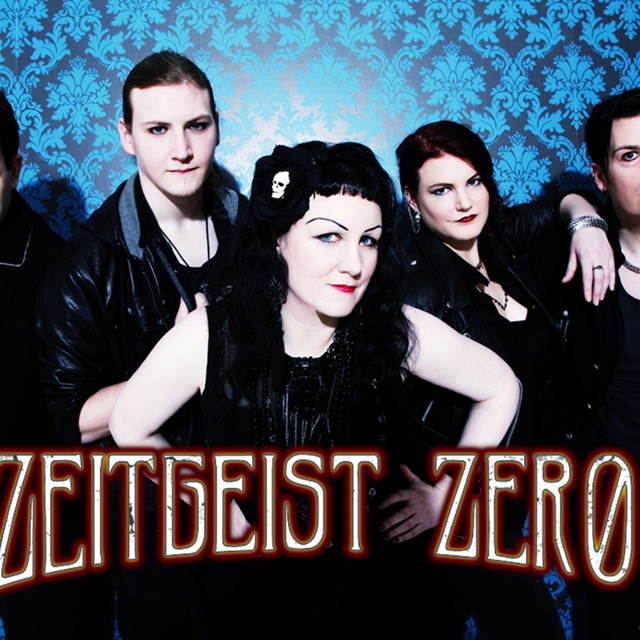 Zeitgeist Zero are looking for a new drummer. We are actively gigging and have show lined up for later in the year.

A bit about the band:

Alt-wave rock and eerie macabre pop, fusing sultry female vocals with dark, twisted electronics and a determined attitude. This is a place where electro-goth, fuzzed up psychobilly and dance driven classic rock ‘n roll bed down with seedy art-house eroticism, jazz-era glamour and a knowing cheekiness.

Zeitgeist Zero produce a sensational mix of electronics, guitars and drums, intertwining around passionate female vocals. Catchy beats, hooks and riffs bely an intelligent lyrical sensibility. Since their inception in 2003 in Leeds England, their three albums releases have met with international critical acclaim, enabling the band to build up a loyal worldwide following. Their recorded output is impressively assured, genre-stretching and playful, but it’s in the live arena where the band really explode into vibrant existence. Because they don’t do gigs. Most definitely not. They put on a show.
Zeitgeist Zero perfectly manage to inhabit their own carefully constructed and intriguingly strange world. Their unique sound, darkly glamorous style and originality have received extensive favourable press coverage enabling the band to play several key festivals, including Whitby Gothic Weekend and the massive Wave Gotik Treffen in Leipzig, Germany. As independent artists the band has toured both the UK and Europe. They have also recently supported Toyah as well as performing as main support for The Cruxshadows on a tour of Germany.

Zeitgeist Zero have just released their new album Ghosts of Victory funded via an IndieGoGo campaign which raised over £4K in pre-orders from their die hard fans the Geist Army. The album was mixed by the legendary Steve Whitfield (The Mission, Terrorvision) and mastered by John Dent (Goldfrapp, PJ Harvey, Music Producers Guild Mastering Engineer of the Year 2015) and is available on CD and gatefold vinyl.

Screen name:
Zeitgeist Zero
Member since:
May 21 2016
Active over 1 month ago
Level of commitment:
Committed
Years together:
10
Gigs played:
Over 100
Tend to practice:
1 time per week
Available to gig:
1 night a week
Age:
37 years