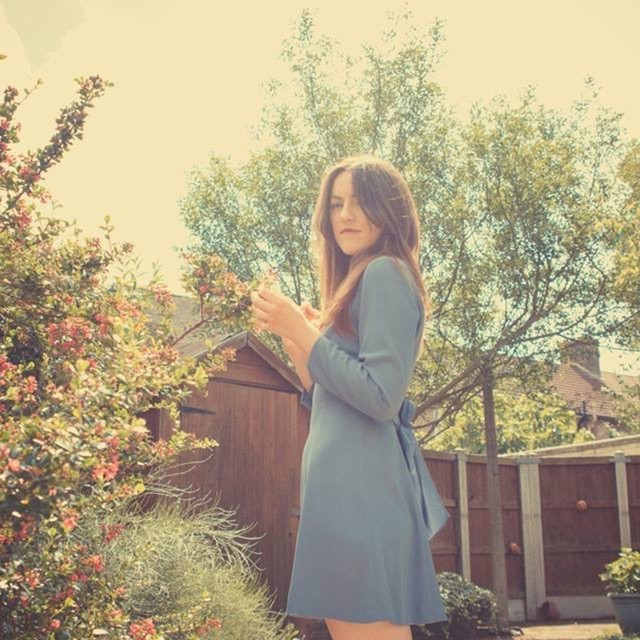 After a few months of focusing on my EP 'Endless Soul', which was released 19/10/2014, I am back with a new single. 'The Savages' was released on 9th May and is available for digital download on itunes and spotify.

'This is a remarkably haunting and beautiful ballad, whose dark edge and heartfelt, flawlessly sung vocals linger in the mind long after listening.... In fact, it may well represent its artistâ€™s best work to date' - Pure M Magazine

The Endless Soul EP was deemed a 'beautifully crafted, resonant and accomplished piece of work' by Chaos Theory Promotions.

I started performing acoustic folk around Portsmouth in 2011. After becoming addicted to the music scene, I continued to play after moving back to my home town, London, where I found my sound with an electric guitar.

I take inspiration from many of the artists I grew up listening to. Joy Division, BRMC, Johnny Cash and Nick Cave songs often creep into my sets. Women have also largely influenced my sound and I am regularly likened to Joan Armatrading, Dolores O'Riordan Tracy Chapman and Janice Joplin.

Descriptions from the press include:

"There is the dusky soul of a miner to her music in her voice, with a Celtic aftertaste that should please die-hard folkies everywhere."
- Gigslutz

Yvonne has a voice that isnâ€™t just pretty. The first thing I would say is that she sounds unique as well as empowering. There is a confidence in the way she sings that makes it easy for the listener to get behind the songs.
- The Equal Ground

"Sheâ€™s extremely talented, has a very distinct and wonderful voice, brilliant song-writing ability and is obviously very passionate about what she does."
- She Makes Music

'Regardless of the comparison, there is a pungent scent of brilliance in every note picked.'
- Give It Back Magazine

"This talented young artist is one to watch"
- King Monkey Promotions

'There are many out there trying to communicate but few are able to do it with such ease and natural articulation. As a songwriter, Yvonne seems to have inherited something from a bygone era, when pop songs were works of art in themselves, more than just forms of wall-paper and entertainment.'
- James Black - Chaos Theory Promotions.