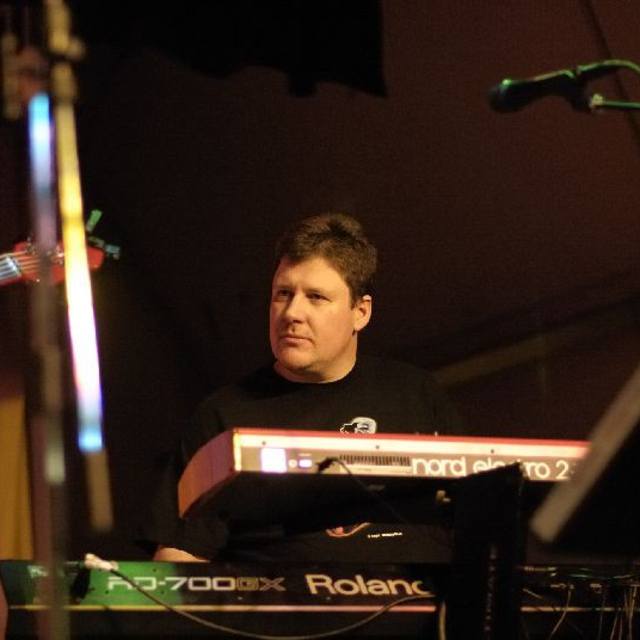 Right now I play keys (and a little sax) in a busy classic rock covers band (http://www.asylumaffair/). I've played keys in a Pink Floyd tribute band, metal band, originals bands and countless project experiments. This is all a self-funding "serious hobby" aimed at fun and satisfaction.

My Spotify 'heavy rotation' will take you from Journey through Rainbow, Dio and Purple to Dream Theatre; from Leftfield through to Noisia, Elton John through to Jon & Vangelis.
I'm not really hung up on any particular genre / era.

Current gig rig is likely a Nord Stage (+Neo Ventilator) probably paired with either a Prophet 12 synth or a Roland RD-700GX stage piano and a pair of QSCs or a Motion Sound KBR-3d for amping.