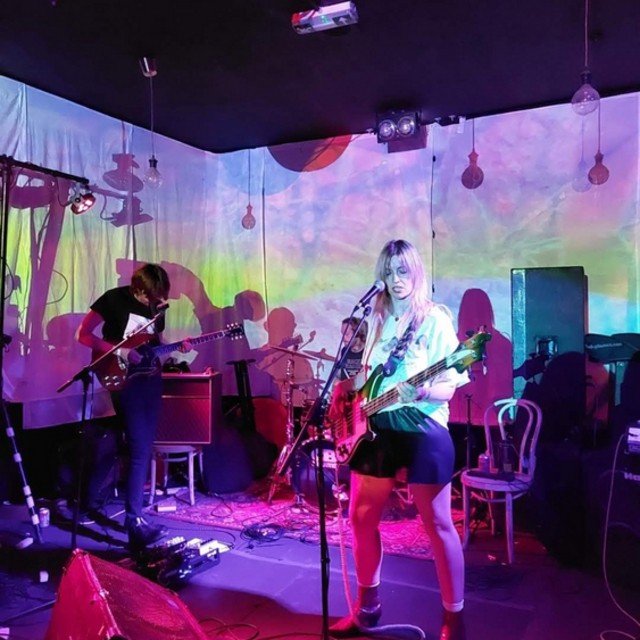 We are Wax Axes - a loud 3 piece (once we have a new drummer). Creating a solid but unpredictable soundscape where tpowerful vocals preside over relentless waves of feedback-drowned guitars from as well as fuzz coated rumbling basslines, London based band Wax Axes make 'Myth Rock' laced with black humour, fateful romance, disgust, failure and tasteless sexual innuendo.

We have supported the likes of Black Doldrums, Helicon, Team Picture and BDRMM in the past.

We are eager to play more shows around the country and the promoter we work with is ready to add us to bills - but we are now missing a drummer.

We have an EP on Spotify and have played a few shows earlier this year. We have new material ready to release but our previous drummer broke his wrist and decided to quit due to other commitments.

We are looking for someone to commit to the band and help shape the sound going forwards. We're planning to record more music in the near future.

We rehearse in London (location is flexible) - we can be flexible on days and times. We'd like to rehearse as a band at least twice a month.

Here are a couple of our tracks that are on our setlist currently - Our other songs are heavier and our new music (which we plan to release shortly) reflects this.

Get in touch if you're interested in joining us. We plan on playing shows across the country but mainly located in London.