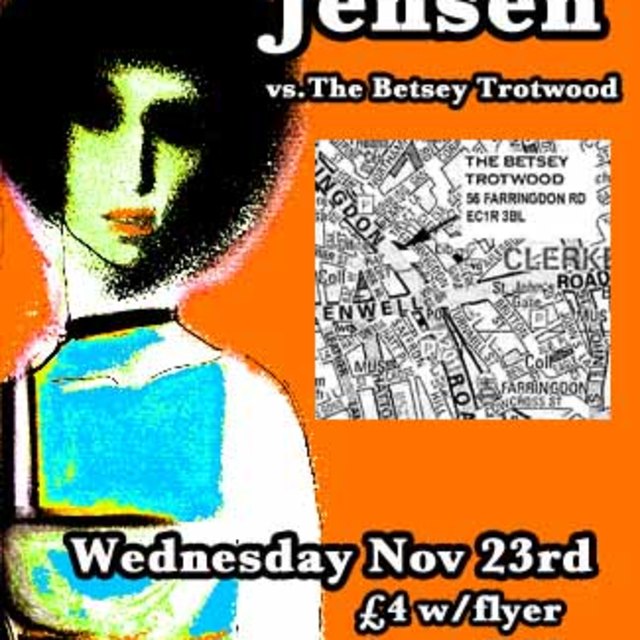 THE URGENT JENSEN formed in mid 2004 when songwriters Martyn Jones (lead vocals, rhythm guitar, cynical but smiley) and Oli Evans (lead guitar, sullen and tall) decided to put a band together in order to play loud the clutch of songs they had assembled as the laid-back, acoustic duo Decoy. The band impressed during their weekend sets at Sohos 12-Bar and these acoustic beginnings formed the platform for the genesis of The Urgent Jensen, The band made their live debut as a four piece at the now defunct Verge club in Kentish town in August of 2004. Since then a string of successful live shows has garnered a faithful following (sweaty, drunk, always want 'In Time') and a set widely regarded as one of the strongest on the unsigned scene (rarely includes 'In Time'). Most recently the band has played The Half Moon, Blow-Up Metro, The Islington Bar Academy, The Clapham Grands Friday night line-up and The Betsy Trotwood. The Urgent Jensen boast songs that the bands above, below and to the left of them on the bill would gladly set fire to their skinny jeans and Converse for. Glasswerks Lee OBrien describes the ever-evolving set thusly: truly an excellent collection of indie pop songs. Mature and well balanced compositions, almost everything on show here has the potential to be massive.