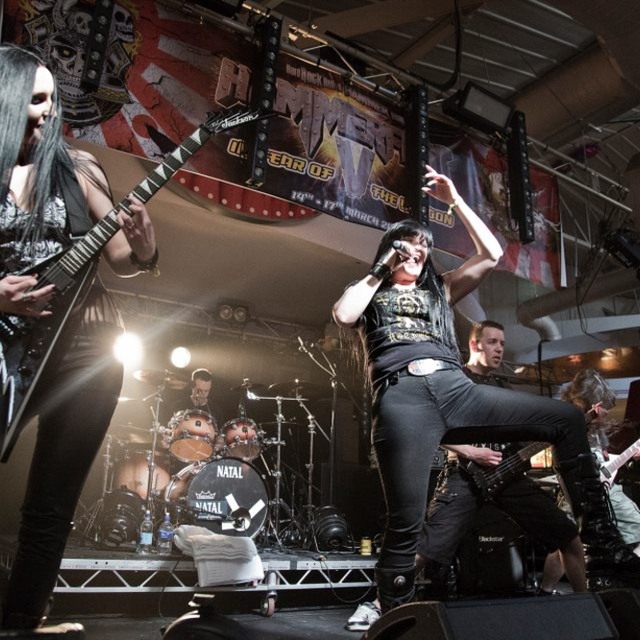 Triaxis are a heavy metal band from South Wales. We are in the process of seeking a dedicated and talented bass guitarist to join us on a permanent basis. We are all based in South Wales but are inviting applications from all over the UK.

Formed in 2006, they self-released their debut full-length album Key To The Kingdom in 2009 to critical acclaim, including plaudits from Metal Hammer, Terrorizer, Zero Tolerance as well as coverage and praise from many leading music websites. They have also made numerous radio appearances, including airplay on Bruce Dickinson's BBC Rock Show.

After headline grabbing sets at Hammerfest III in 2011 and Bloodstock in 2009 and 2012, the band has continued to gig extensively across the UK, and will be appearing at Hammerfest V in 2013 as well as Wizzfest in Belgium. Triaxis have recently finished recording their second album, Rage and Retribution, which is already resulting in rave reviews. Originally engineered by Chris Fielding (Primordial/Winterfylleth) and subsequently mixed and mastered by James Stephenson of Stymphalian Productions, Rage and Retribution will be released on October 8th 2012 and will coincide with tour dates both in the UK and Europe.

"When you walk in the footsteps of giants like Maiden and Priest, you better bring your A-game, and as you can hear from our exclusive preview of new song 'Sand and Silver', thatâ€™s just what Welsh band Triaxis are bringing to the table with their forthcoming second album."
TERRORIZER

"A big hit at Bloodstock Festival... far too good to languish in self-sufficient obscurity. Vocalist Krissie has the range and melodic intelligence of Heart's Ann Wilson, but with more than a dash of Dio's dramatic power"
METAL HAMMER