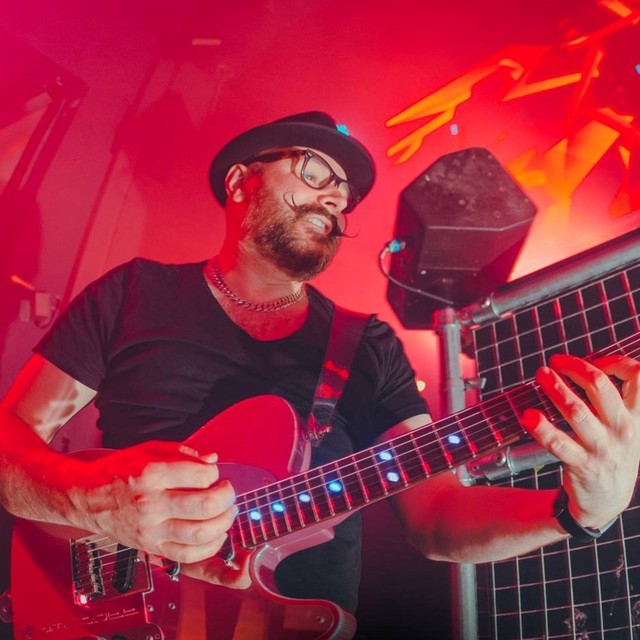 Tim Scott, an exceptionally talented guitarist, originated something new, when he started mixing his stunning guitar skills with a DJ set.

His popular live performances are described simply as: “Live guitar mixed with an uplifting DJ Set of dance pop anthems.”

His surprise mashups can capture the imagination, keeping an audience engaged and filling the dance floor. As an accomplished artist in his own right Tim occasionally adds a few original tunes to this heady mix adding a higher personal value to your event.

Tim plays 100 plus gigs a year in night clubs, lifestyle bars, restaurants and at private events. If you would like to book him for your event please send an email via the contact me button for more information. See you on the dance floor...

As a fanatical electric guitar player, Tim fuses his passion for eclectic instrumental virtuosity into a tropical adventure with commercial House, Drum and Bass, Trance, and Dubstep.

His big vision to break the genre boundaries, free to start a guitar groove experiment.

Tim puts his unusual creativity down to the way he learns best, by jamming over the records he loves.