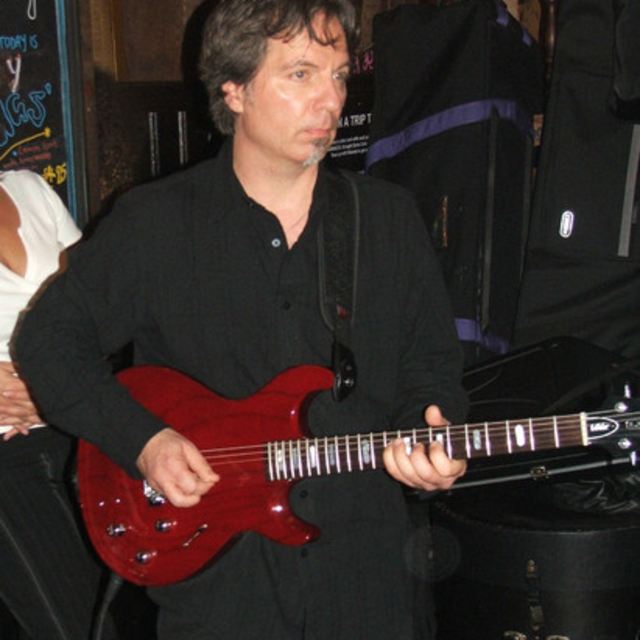 The more erudite readers might have already guessed that "ee's not from round 'ere, is ee?".
Wolfgang is in fact an import from the arboreal paradise that is the Black Forest, Germany.
He has been playing guitar for over 15 years in various bands covering stylistically everything from Jazz, Fusion, Blues, Râ€™nâ€™B & Funk to Rock & Reggae.
He moved to England in 1996 where he studied at the Musicianâ€™s Institute in London. This opened up his mind & ears to improvised music like Jazz & Fusion.
Ah, Jazz - where roots move in mysterious ways - from the good old reliable II-V-I to the quixotic world of the tritone substitution and Fusion, where things stick together. So it's kind of like Carpentry with No Nails. Isn't it? Who cares - it sounds great!

I'm seeking to join a Funk, Jazz, Latin or Fusion band in the Bournemouth & Poole area.