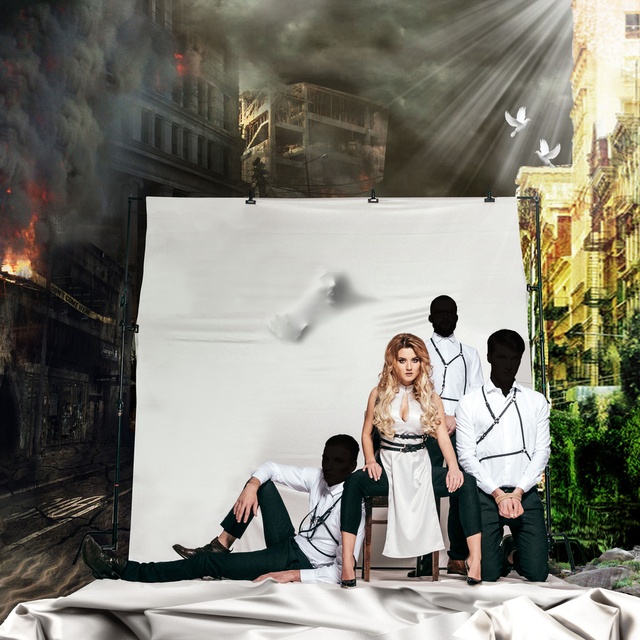 TANA music band began its existence in 2017 on the 1st February. The preparation to its realisation had taken for about a year and included the search for soulmates to create a team, creation of album, video clip shooting and development of the presentation.
A new name at the electronic stage immediately came in view of the majority of listeners and topped the music charts of Europe.

The first EP was represented with name "BROKEN" and included 6 songs. The cherry on top of this album is the fact that each of the songs is related to the certain period of life of the band's frontwoman Tanya Stepanova.

The first record was represented at the famous club ATLAS in Kyiv in 5 month after band foundation. All the tickets had been sold before the day of the concert. After the first performance TANA made a tour in Ukrainian cities: Kharkiv, Poltava, Kirovograd and Sumy. After a little break the international band came back to Poltava and was invited at a Town Day to the main stage as a headliner, performing in front of 15 thouthands

After a good start of the music career and roaring success in the leading foreign charts the soloist of the band was invited to take part in Amsterdam Music Festival workshops, one of the world most famous EDM festivals where every year the best Dj of the world is chosen.

In a year after the band's foundation TANA went on its first European tour. Band's debut concert took place in Brussels, the heart of the The European concerts were so successful that Belgian providers arranged one more spontaneous concert in Namur.

Album "BROKEN" is the deep philosophy that is closely relates and turns into a whole one with electronic music, performed by TANA. " The album opens my soul to the listener. I have been preparing so long just before the presentation. I think it depicts each of us ", - says Tanya Stepanova, the frontwoman of the band.

The 2nd song from the album.
This song is a logical extension of the song "BROKEN". It tells about life after the crucial moment. After being broken person usually faces up the troubles. The speed of this wave of troubles depends on the person's determination. It is important to be yourself! Don't turn around and don't cover yourself! Reach your goals and don't be afraid to make mistakes. So this is a message hidden in the song "LEAVE AWAY".

Music is deeply connected with the conscious lyrics based on true life stories.
www.tana-music

Requires a musician (drummer) who loves electronic music and the ability to use "Roland SPD-SX" (and also have it available) for joint rehearsals and performances.