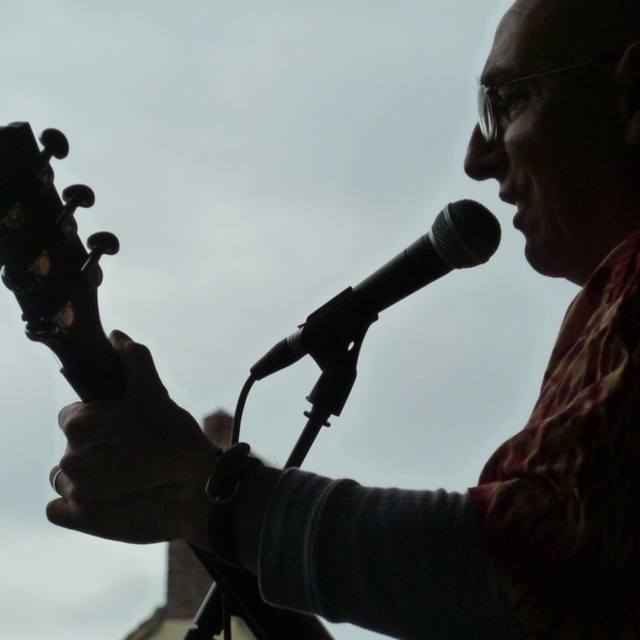 Ghost Fingers - Mike & Patrick M. Mike on semi-acoustic guitar & vocals, Patrick on Bass / Keyboards. Playing songs so you can sing along / have a bit of a dance / chill & have a pint. Suitable for pubs / bistros / Care Homes / private parties. Wide range of songs & genres, something for everyone.

Globesque - 4 or 5 piece band, ever-evolving, playing mainly covers & own interpretations of songs from the UK, USA and around the world. Songs for just about every occasion. Open / ReverbNation / YouTube & search Mike Guy / Taffmanguyo / Taffman in Exile.
Ghostfingers - duo [Patrick on Keyboards + Mike on electro-acoustic & vocals]. Good for "quieter" events eg parties, Bistro / Cafe / Bar, Care Homes - we can get you dancing & singing along if that's what you want. Wide range of songs from 1950s to today. We can create a setlist to suit your needs eg French & Spanish theme, Steampunk, '50s & '60s, ballads, rock 'n' roll, the '70s & '80s, a taste of Cajun Ska & Reggae, Country.

Globesque [usually a 4 or 5 piece band] = Mike (+ Patrick / Jim / Ben / Ron / Stewart / Peter & others come & go depending on the needs of the occasion).
Ghostfingers = Mike & Patrick (usually a duo) with a "light" drummer if needed.
Red Delta - a new duo project with John Le Serve on Sax & Flute

A fundraiser organised by Trevor Webb of the Hastings Friendship Group, to be held at The Gecko Bar & Bistro, 22 Grand Parade, St Leonards East Sussex TN37 6DN.
This one is for Horizons Community Learning in Hastings.
Several performers to entertain you from 4 pm until about 7 pm.
Ghostfingers [the duo] should be on about 6 pm.