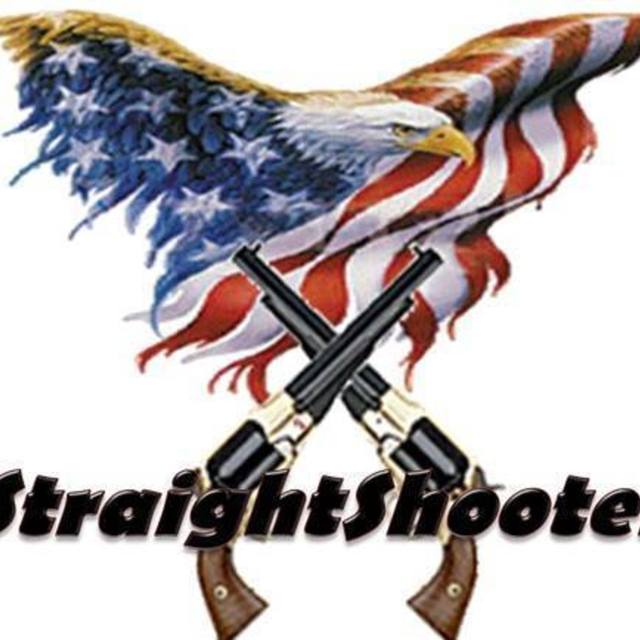 Straightshooter was originally formed in 1998 in the North East by ex NWOBM band RAVENâ€™s drummer Mike Kenworthy. The band played an eclectic mix of southern rock classic rock and new metal. They built a large following playing to capacity audiences in the region. The band has always had a mix of experience and youth giving performance of musical skill and energy never totally staying within the confines of any particular musical genre. The band was put on hiatus after their last major gig headlining at Newcastle City Hall. This was due to Mike moving to Harrogate and other members work commitments.
The band reformed in the autumn of 2013 and is based in Harrogate with a complete new line up. On Vocals is Jon Berry, Jon has years of experience as an excellent guitarist but changed to lead vocal as he realised a mic weighs less than a 4 x 12 cab. (He still plays acoustic though). On Guitar and backing vocals is Danny Gibbins (often to be found playing barefoot) an experienced player whose aggressive style and stunning solos bring a real vitality to the band. Mike Kenworthy on drums, Mike was one of pioneers of NWOBHM and thrash metal but now combines that power and energy with a sense of groove developed over the years to produce a unique style that locks in with his daughter Keiraâ€™s bass playing. Keira is a student at Leeds college of music and has skill and technical ability beyond her years .A recent bio quoted â€˜With a perfect combination of sassiness and talent, this bass playing bombshell will have you on the edge of your seat with her groove oriented licks and solid sound which compliments her dadâ€™s powerhouse drumming. So donâ€™t be fooled by her radiance, this chick is the female Leon Wilkeson (hats included).â€™ Last but by no means least is guitarist Jack Davison who maturity of playing added to his youthful energy completes what is a high power and musically skilled band.
With the bandâ€™s mutual love of American Southern Rock a la Lynyrd Skynyrd, Black Stone Cherry and Government Mule coupled with their roots in New Metal, Blues and Classic Rock, StraightShooter deliver Southern Boogie on Steroids with a few surprises.

A Night of Southern rock on steroids

A night of in yer face southern rock.

A night of American Southern Rock on Steroids