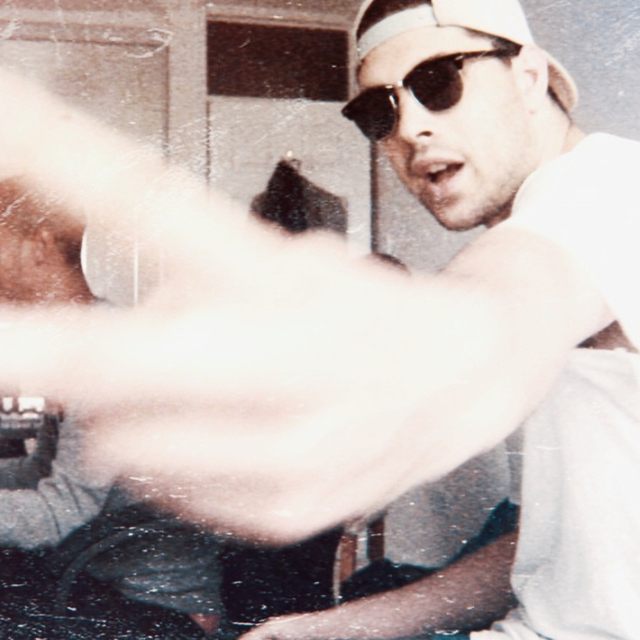 The unapologetically-exuberant SPRXNGBREAK was born in London, grew up in a German basement studio, was crafted in Manchester and invokes feelings of midnight drives in mid-80s California.

The “nostalgic soundtrack to a blissful sunset drive”, SPRXNGBREAK was birthed from a series of sessions between songwriter and multi-instrumentalist Mick Warwick, and Grammy Award-winning producer Nate Cassells. When they bonded over their love of early Madonna B-sides, crisp choppy guitars, and dusty pink photographs, Cassells (who came up with the name SPRXNGBREAK when naming the Hard Drive on his computer) and Warwick, spent a month in a dark basement studio in rural Germany, slept on the floor and ate instant noodles whilst building upon their love of vintage movies and beautiful pop melodies until SPRXNGBREAK was born.

Once it was born, it stayed hidden and somewhat forgotten for five years. Cassells’ career changed direction, Warwick quit writing and moved to Manchester. One summer, whilst driving to his tech support job, Warwick rediscovered the original demo playlist and the ‘BREAK was reborn.

Warwick spent the next year remixing the original demos, recording vocals into his phone, writing melodies in his car, playing guitars in his bathroom, and eventually hooked up with production duo MxM to help him turn SPRXNGBREAK into the shimmering pop extravaganza we hear today.

The release of first single, “Always In Love” marks a return to the writing game for Mick Warwick and a first foray into world for SPRXNGBREAK. With plans for a series of singles, an EP and an album in 2020, one thing is for certain; we can expect great things from the ‘BREAK.